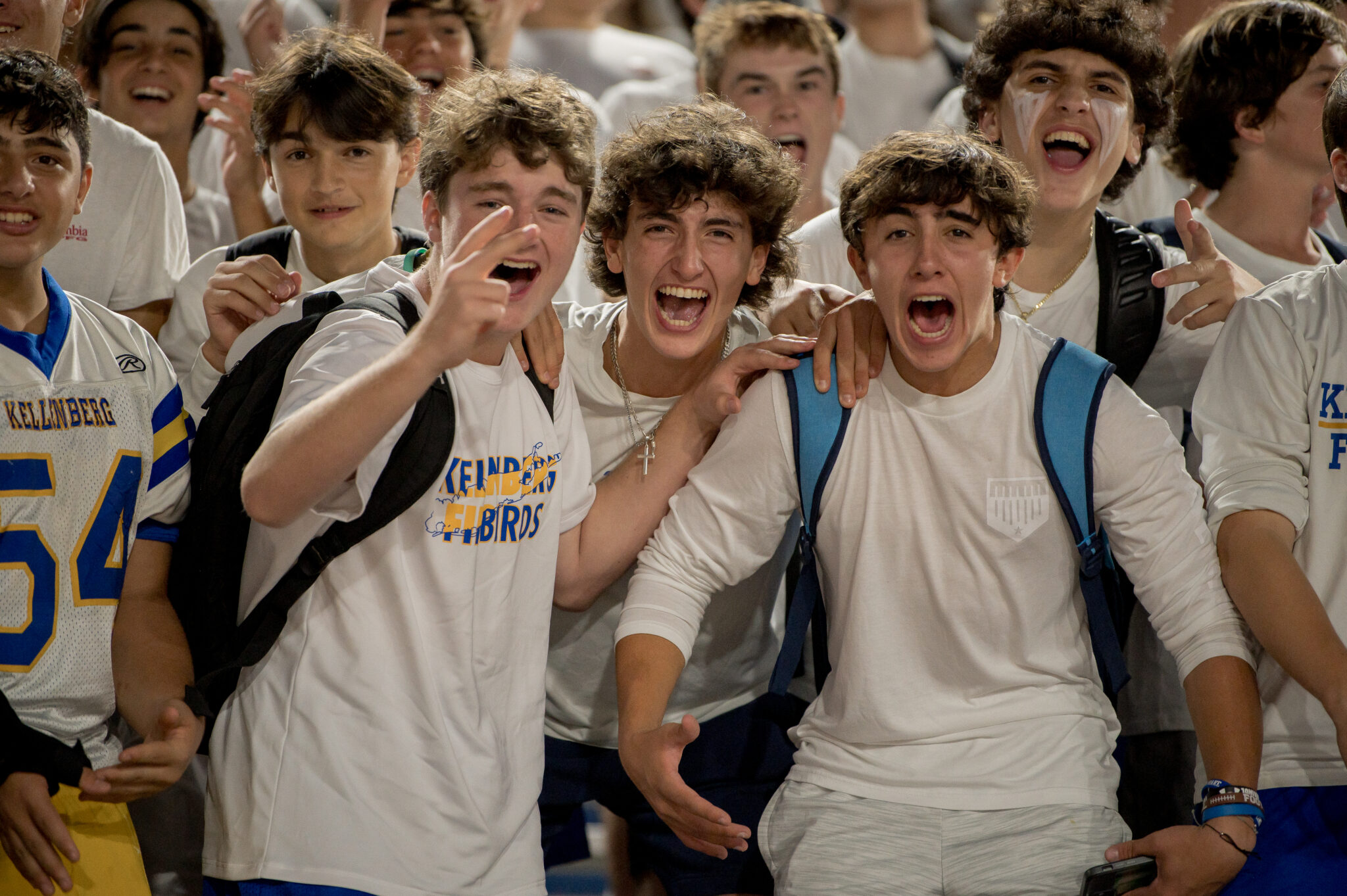 On Friday, September 23, the varsity football squad showed up to the Mitchell Field Complex with a big win for the “White Out” matchup against Xavier High School. 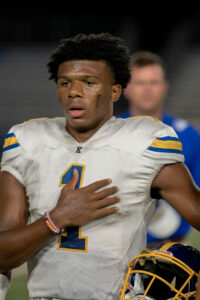 The importance of unity and team chemistry was displayed immediately starting from the first kickoff on Friday. Each athlete looked calm and collected as soon as he stepped on the turf. The defense was insurmountable at all times, and the offensive forces led by quarterbacks Ethan Greenwood and Devin Page allowed Kellenberg to sour ahead with a 47-7 win.

The game itself served as a sign for things to come. Mr. Meisse believes this win will lead to a power and momentum shift for the Firebirds.

“We definitely had a good performance and it could be the start of some momentum. We can repeat a lot of the things we did. Our schedule should get tougher as we go so it’ll be very important to prepare and get things right.”

Mr. Meisse also thinks that the ‘White Out’ promotions played a part in the win. He recalled being in awe when gazing upon the swarms of white in the stands and noticed the incredible impact the crowds served. 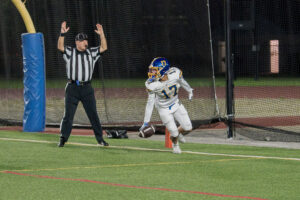 “You could feel the buzz for the game all throughout the day from the beginning of homeroom even though the game was still 10 hours away.”

‘White Out’ is a sports tradition conducted by teams such as the Penn State Nittany Lions and the Winnipeg Jets where the attending fans are asked to follow a dress code based around the color white. It’s a simple concept, but it serves its purpose. The unity in the crowd leads to a feeling of unity for those on the field.

The team plays some crucial home games in the next coming weeks, such as the Homecoming game on October 9 and the Senior Day game on October 23. The Kellenberg staff members will look into adding more promotions to get the student body as involved as possible. With more advertisements and newly founded traditions on the horizon, you can only imagine the heights this group can reach. Regardless of what can be added in the near future, we are in for some spectacular football.