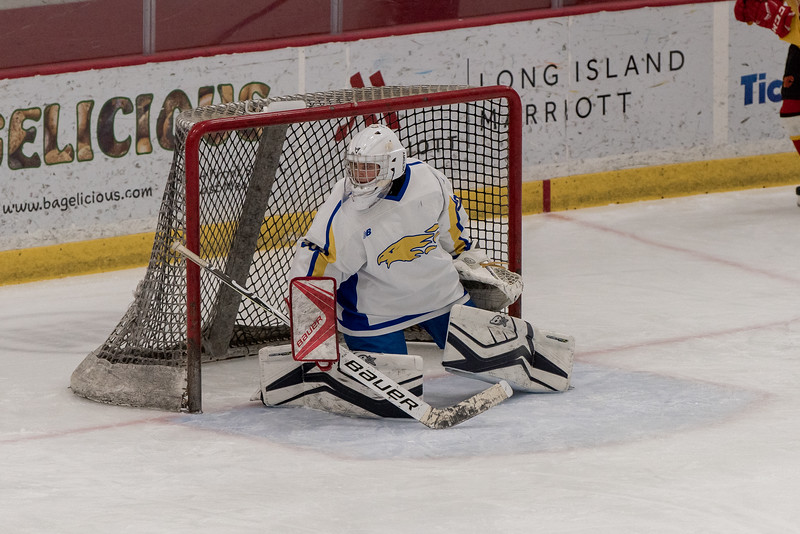 The Varsity Hockey team played their first game of the season Monday evening against St. Joseph’s by the Sea. The Firebirds outscored their opponents by a score of 11 to 2. Five of those goals came in the first period of play.

Senior James Palma recorded his first win of the season in net for the Firebirds, with support by the defense, lead by Seniors Will Makar and Mike D’Alessandro. Both defensemen recorded their first goals of the season. Nine of the seventeen skaters on the roster recorded at least one point in their first game, a true team effort. Senior Nick D’Alessandro led the team in scoring with 4 points, his first hat-trick at Kellenberg and assisting on another goal. And, Junior Michael Nygaard tied Nick with four points, 2 goals and 2 assists.

This is a great start for the Firebirds this winter season. Junior Angelo Coschignano believes this is the start of a special season, saying, “This game was just a preview of what’s next. We played great and expect to keep it up going forward.” The boys are looking to keep the fire burning as they take on a tough Xaverian hockey team Friday night in Brooklyn.