Class of 2022 Take Flight and Leave the Nest 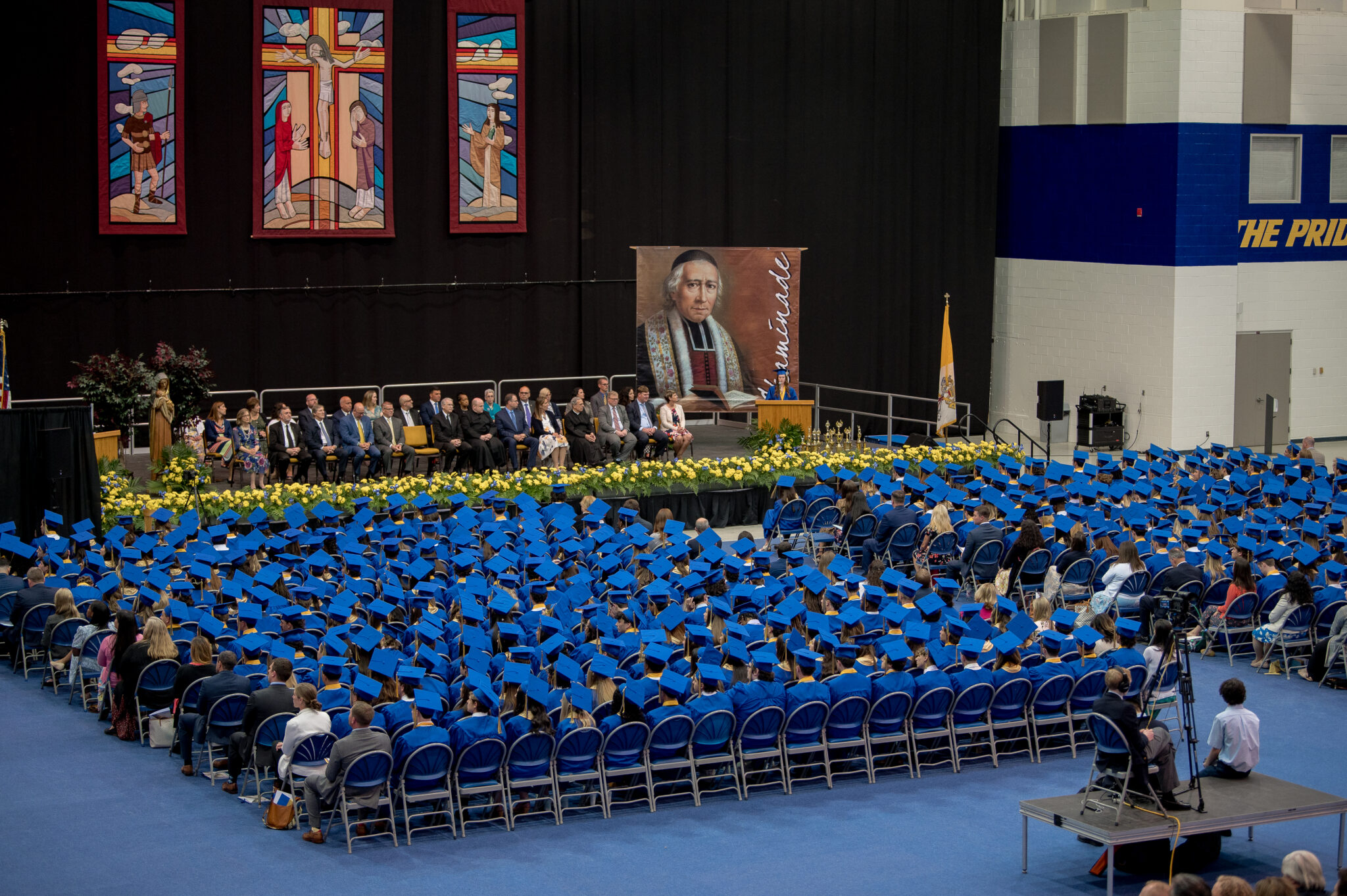 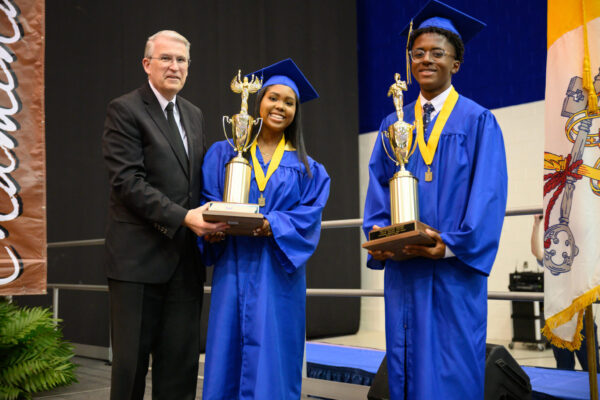 On June 5th, the Kellenberg Senior Class of 2022 began their final day as students of Kellenberg Memorial Highschool. It was the culmination of four years of hard work and perseverance. The day began at Hofstra’s David S. Mack Exhibition Complex, for the Baccalaureate Mass. Attended by the future graduates and their families, the Mass was seen as a stepping off point for their future. The Mass was the last one the seniors would celebrate together as classmates. The Mass taking place on Pentecost Sunday, shared the similar themes. Similar to how Jesus sent the Holy Spirit to guide the Apostles in their independent ministry, the future alumni were being sent out, on their own, from the protection of Kellenberg. Father Thomas Cardone S.M, School Chaplain, and the main celebrant of the Mass, discussed how the seniors had been blessed with the gift of the Holy Spirit and were ready to be sent out into the world. After Communion, the seniors participated in a candle service, where each senior was called up, and given a candle to be lit by a member of the Kellenberg faculty. Students stood in the middle of the arena, side by side, candle in hand, remembering the years they shared together. Students then processed out of the arena, leaving the home they’ve known for so long, and ready to start their next chapter. 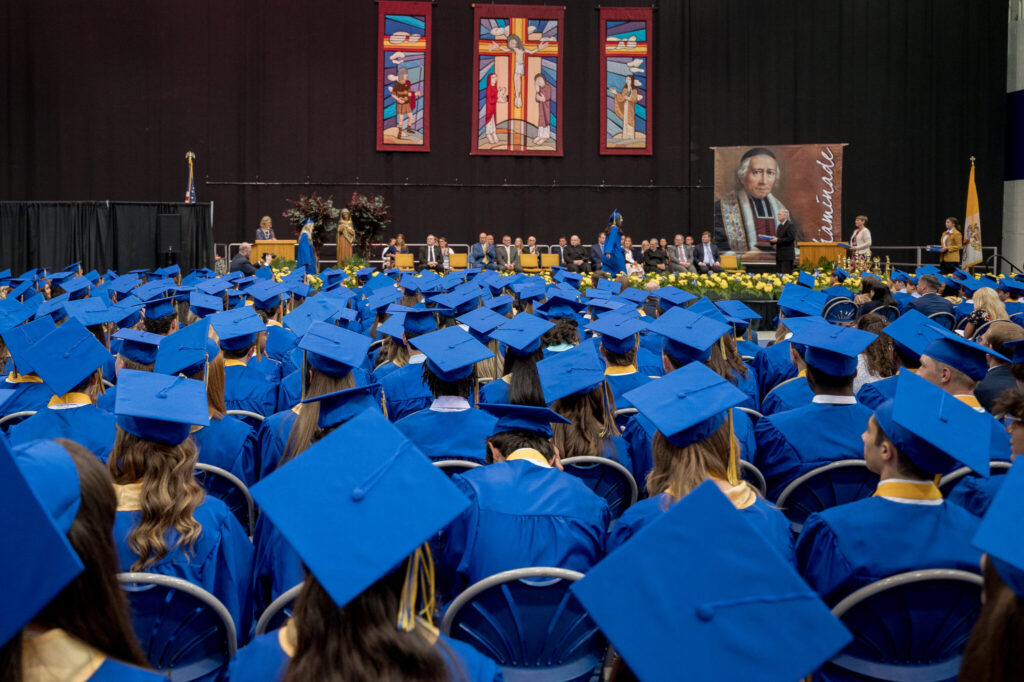 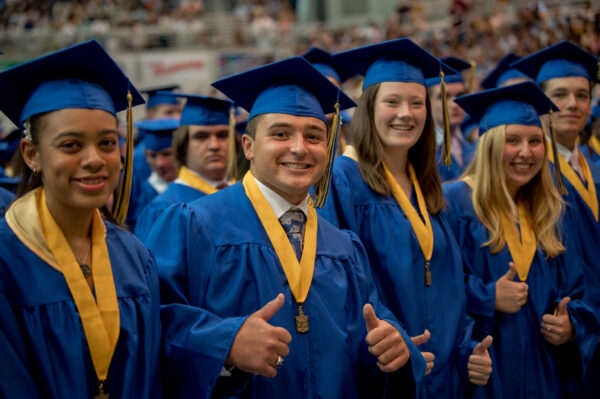 Students and their families returned to Hofstra’s David S. Mack Exhibition Complex later that day for the Commencement. The ceremony began with speeches from the two valedictorians: Ryan Gerhart and Meghan Monaghan. Both are headed to great universities, with Meghan continuing her education at the University of South Carolina, and Ryan at Northeastern. Ryan discussed his experiences with his pursuit of success, and his change in his own definition of success. He found that success is more based on relationships, rather than the never ending pursuit of grades. Meghan spoke about the “what ifs” of life. The decision to attend Kellenberg, at first was not a likely one, but instead started with the smaller decision of attending a Kellenberg volleyball camp. She talked about how the smallest decisions can change the course of one’s life. She then talked about the ups and downs of the students’ time as seniors, and how there can be no time for regret but instead an optimism for the future. Then Brother Kenneth Hoagland S.M. gave his address to the graduating class. He spoke about the resilience of the class, as they experienced a far from normal time at Kellenberg. Luckily, Kellenberg teaches you how to overcome difficulty. He then graduated the class, and students began to get called up to walk across the stage and receive their diplomas from Brother Kenneth. When asked about her graduation experience, Elizabeth Callahan ‘22, who will be attending the University of Virginia in the fall, said “ It was such a wonderful day of celebration. It perfectly demonstrated how strong we are as a class, and showed the bond we will forever share.” The last group of students to be called up received various awards and honors. Logan McCann, who will be attending Stonehill College, and recipient of the Blue and Gold award for her dedication to the school yearbook said “ It was great to cheer for my friends as they were recognized for their accomplishments. It was truly special to share such an important moment with such amazing people.” In a last moment of triumph and joy, the students threw their caps into the air. While their time at Kellenberg had sadly come to an end, they were ready to start a new chapter. 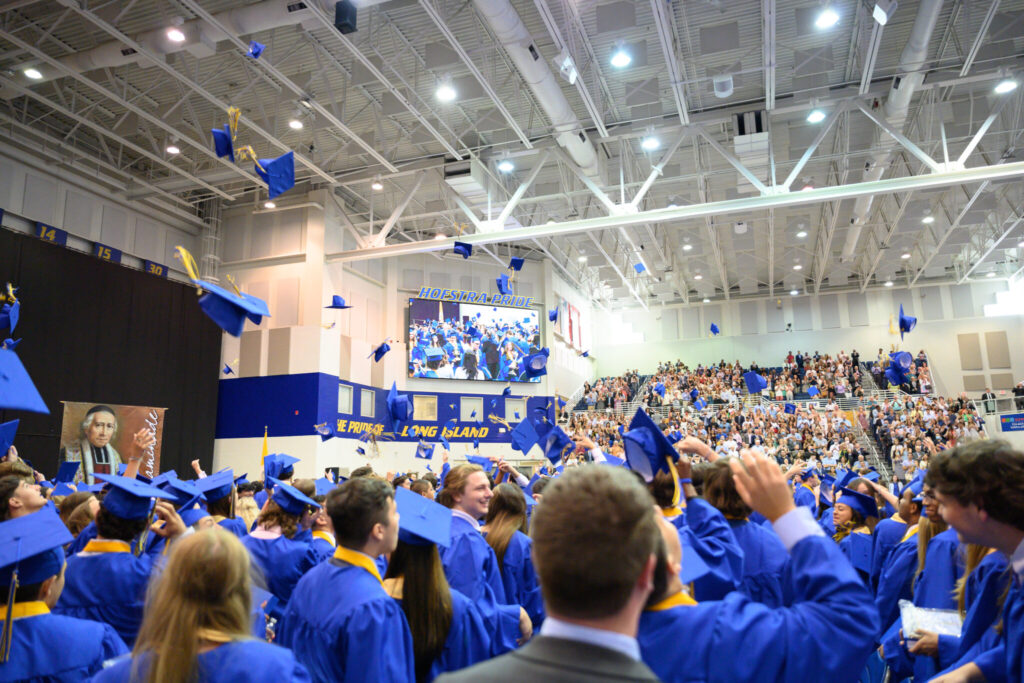