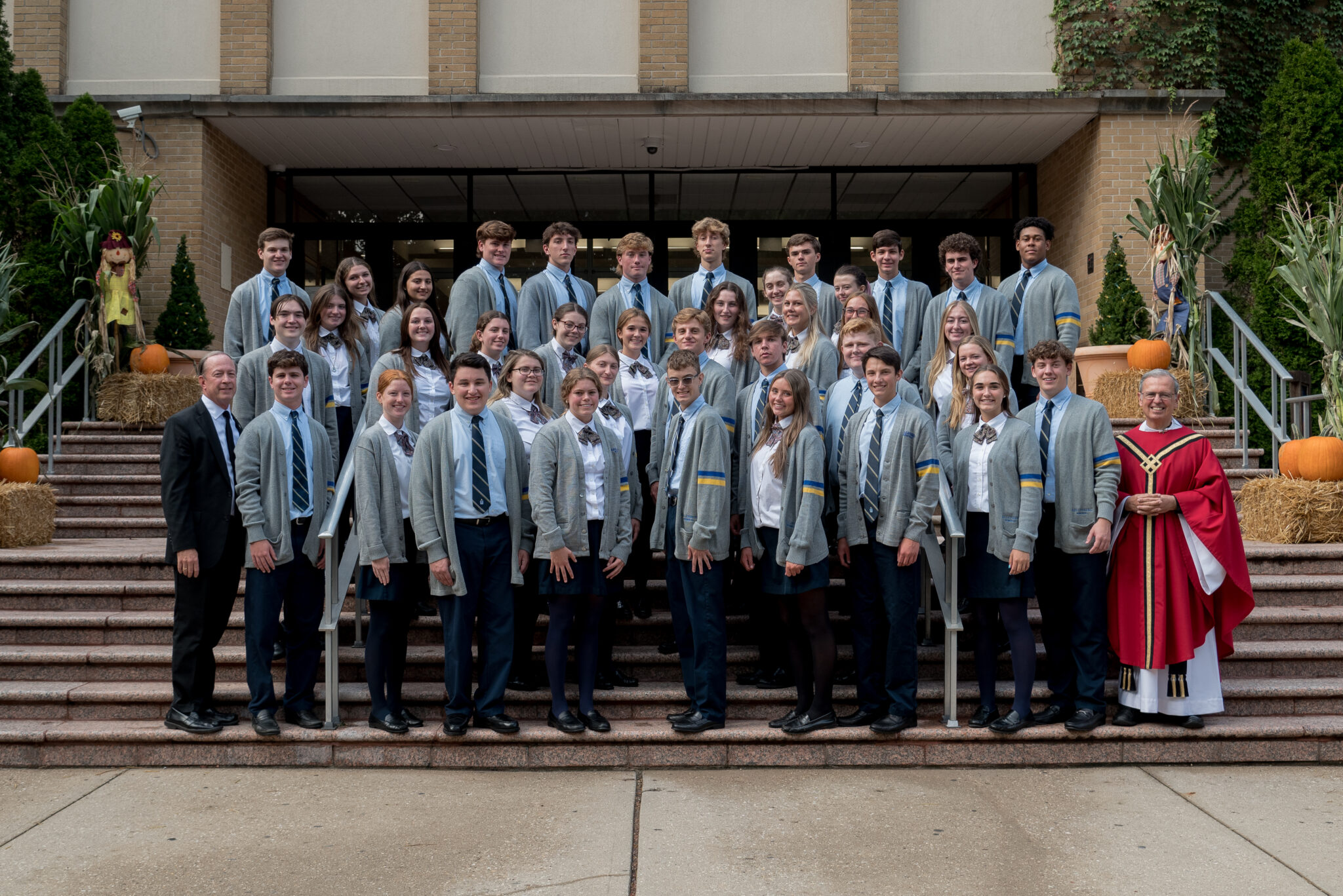 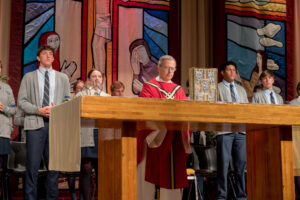 The first reading came from 1 Corinthians. The reading says, “You’ve all been to the stadium and seen the athletes race. Everyone runs; one wins. Run to win.”

Junior Brendan Riordan commented, “I really loved the first reading. The analogy of runners in a race makes it easier to understand what God is calling us to do.”

Fr. Tom’s homily included stories of the Spanish Marianists who lived during times of persecution and were martyred because of their love of Jesus. He also spoke about the Seniors who were becoming Eucharistic Ministers. One thing he noted was how they were called to make their hands a throne for the Body of Christ at Communion. 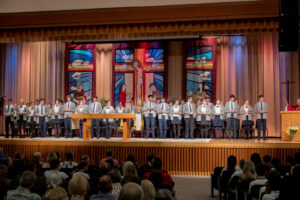 Receiving or giving communion is always sacred and special. This Mass was the minister’s first time distributing Holy Communion. They will continue to serve the rest of Kellenberg Masses and bringing the Eucharist to others.

“Every time I attend mass at Kellenberg I can really feel the family-like atmosphere. We’re all connected to Jesus and Mary together. There is no mass like a Kellenberg mass,” says junior Martine Demesyeux.

In addition to the student body, the families of the Eucharistic Ministers were in attendance.

Newly commissioned Eucharistic Minister Zachary Vogt said, “I was so proud to be able to serve Kellenberg and the community as a minister. It is such an incredible experience to bring Christ to others in the Eucharist. Having my family there made it even more special.”
The commissioning of the new Eucharistic Ministers was a wonderful way to celebrate Kellenberg’s first Mass of the year.