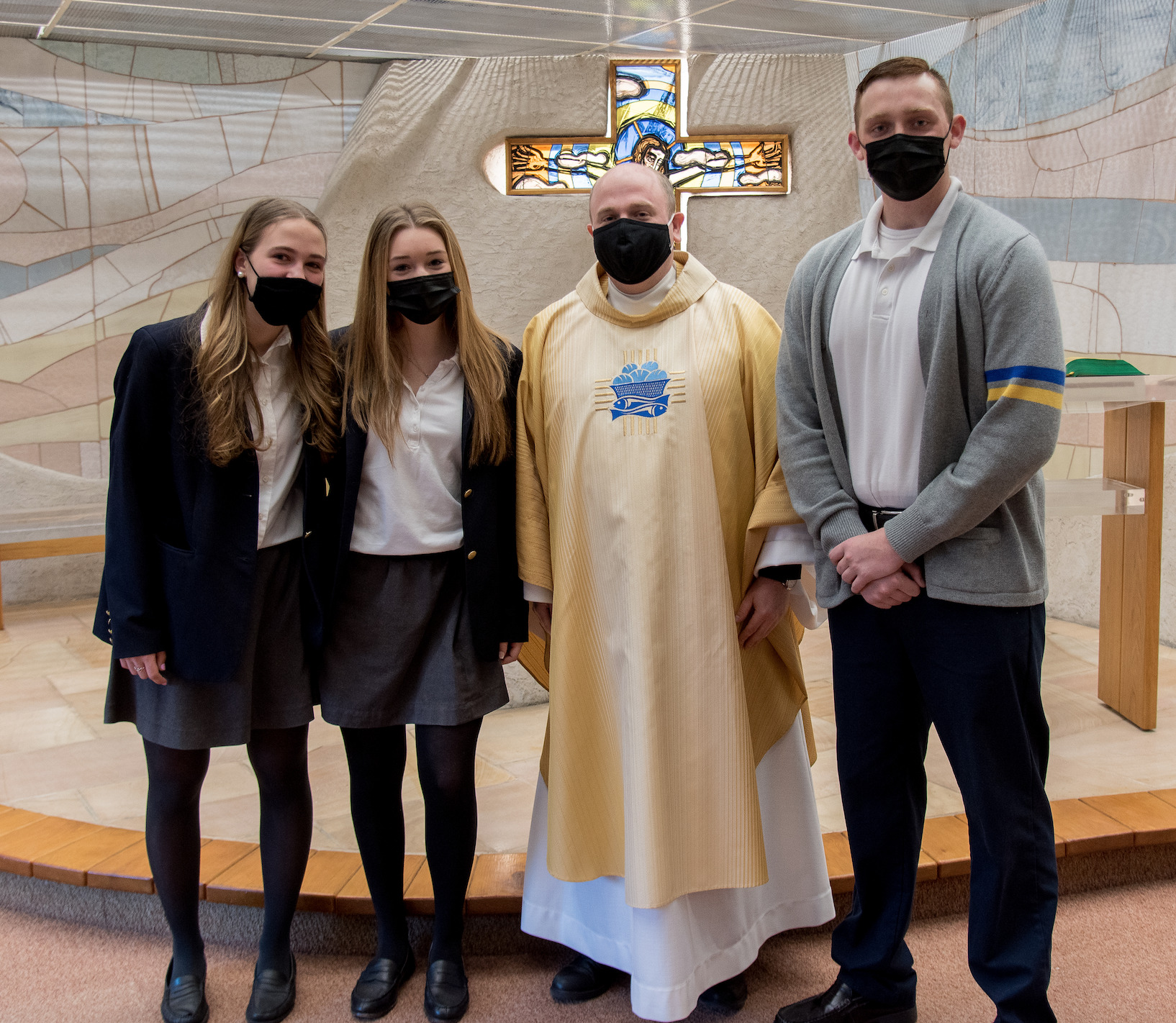 On Friday, March 19th, during a mass on the Solemnity of St. Joseph, three of our fellow students at Kellenberg Memorial celebrated the Sacrament of the Eucharist, their First Holy Communion.

The mass was attended by family members and faculty present in the Chapel. Virtual attendees included family abroad from France and Italy.

Henry Raber, ’21 and Kalyn Raber, ’23, along with Chloe Rachello, ’23, prepared and studied under the tutelage of Mr. O’Brien for both their First Reconciliation and First Communion. The group met in a classroom setting on Thursday afternoons for three weeks as they delved into the seven Sacraments and a review of the Apostles.

Henry recalls that this next step for his faith life was like second nature and filled a void he had for a long time.

Henry said, “The Communion Mass was probably one of the best days of my life. From the very start of the mass, I was extremely calm with no stress, anxiety, or any mood of the sort. It felt like home, where I know I can be myself, and I won’t be judged on anything. It made me feel complete.”

Fr. Daniel M. Griffin, S.M., Latin School Chaplain, also spent time for an afternoon of recollection on March 17, reviewing the Sacraments of Reconciliation and the Eucharist. Fr. Dan prayed with the group as they individually celebrated their First Reconciliation. Fr. Dan expressed the following, “We were able to see that our community which is united in heart and mind bringing forth Christians into Initiation with the Universal Catholic Church. Henry, Kalyn, and Chloe give me much hope for the future of our Church and our world.”

Receiving the Sacrament of the Holy Eucharist by our fellow classmates and celebrating the importance of this Sacrament in the year dedicated to St. Joseph created a beautiful liturgy and was so rewarding for all of the faculty and staff that were present.