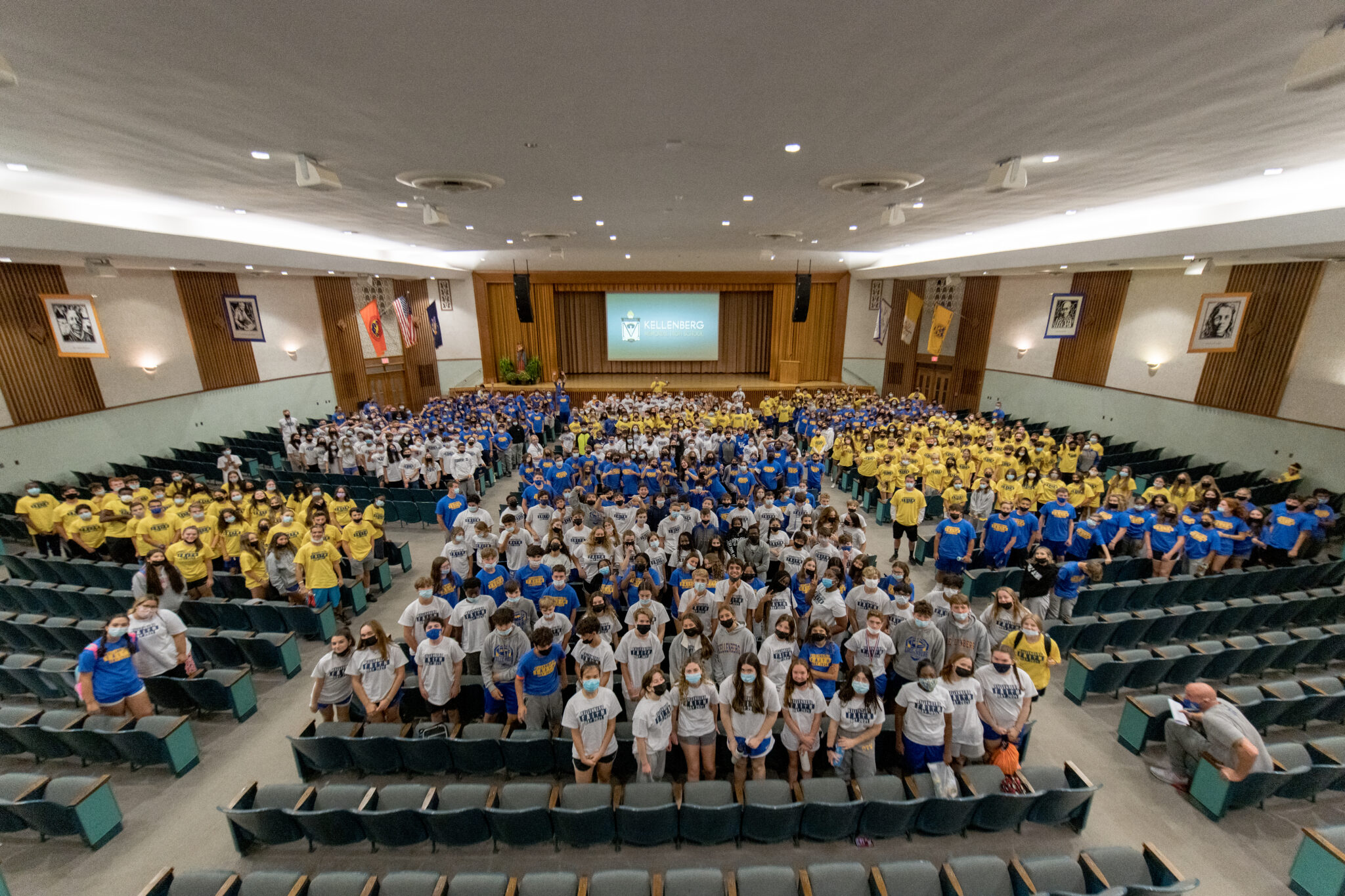 On Wednesday, October 13, the Kellenberg Freshman class took part in FAITH Day. With matching shirts, the homerooms spent time together attending Mass, in competition, and watching a film. “Freshman FAITH Day is, in my opinion, one of the most important faith days”, Marianist Mentor Skylar Goodman ‘22 stated. “It allows the freshman to get to know each other a little more outside of homeroom and classes but also shows them the first steps of what their faith life can be”.

Mass was led by Father Thomas Cardone, S.M., who spoke about the parts of the Mass as well as its importance. Shelby Regan, a Freshman participant, shared, “The instructional Mass felt so personal and it gave me such a greater insight on how it works. I think that often when it comes to Mass we just go through the motions never taking a moment to think about or ask what it all means but having Father Tom explain to us all the details of Mass was something special and something I know I’ll only get at Kellenberg.”

The Freshman then participated in a friendly homeroom competition, which was won by Miss Lamonica’s homeroom, 9D. This included games such as volleyball, Gaga ball, crab soccer, football, and kickball with the opportunity for frisbee, bean bag toss, and spike ball on the side.

The day ended with watching the movie “I Can Only Imagine”, a true story about Bart Millard, the singer and songwriter of the Christian band MercyMe. The film showed his early life and its difficulties: an abusive father, being told his band wasn’t good enough, and struggles in his relationship with his girlfriend. But God was there for him, helping him. Millard forgave his father, wrote MercyMe’s first single “I Can Only Imagine”, and reunited with his girlfriend.

Overall, the Freshman FAITH Day was a great experience for all participants. Freshman Isabel Larrea said, “I think my favorite part of it all was seeing how the homerooms, including mine, came together to make such a fun and exciting day.”