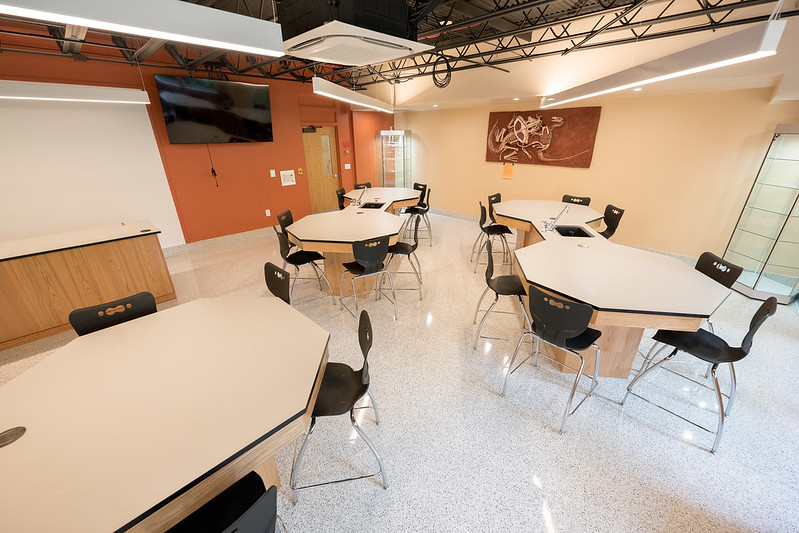 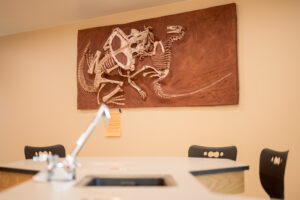 The Earth Science Lab in room 122 was completely renovated this summer. Beginning in October of 2021, science department staff members began to meet to discuss the designs of the new lab. Among these staff members was Mr. Anthony Wevers, the Science Department Chairman. Mr. Wevers played a huge role to help turn all of the labs into a clean and reinvented space. Additionally, he helped design each of the labs specific to its area of science. The earth science lab was fully planned by February of 2022 allowing construction to begin in the middle of May 2022. The building of the lab went smoothly from start to finish due to the help of the maintenance team and also some teachers who volunteered with many tasks such as painting, setting up equipment, and tiling. The lab was fully complete for the new school year by the end of August 2022.

One of the unique features in the Earth Science lab is a replica fossil on the east wall. Mr. Wevers describes the fossil saying, “The assemblage shows the Velociraptor embedding its foot claw into the neck of the Protoceratops while the Protoceratops is biting through the right arm of the Velociraptor. The fossil provides direct evidence of predatory behavior in non-avian dinosaurs.” 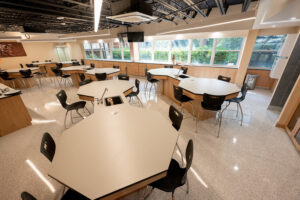 Mr. Conrade, Chief Operating Officer at KMHS, who also helped in the planning of the new lab, explains the main goal of the reconstruction. He says, “We wanted to invite students who like science to have a clean, state of the art facility so that they can do whatever types of experiments they want, and if you have a nice facility, it makes people want to be there. When the lab gets old and it’s not functioning correctly it turns people off to science, and we wanted to turn people on to science.”

Feel free to check out the earth science lab in room 122!