Kellenberg Unites in Prayer for Triumph of the Cross 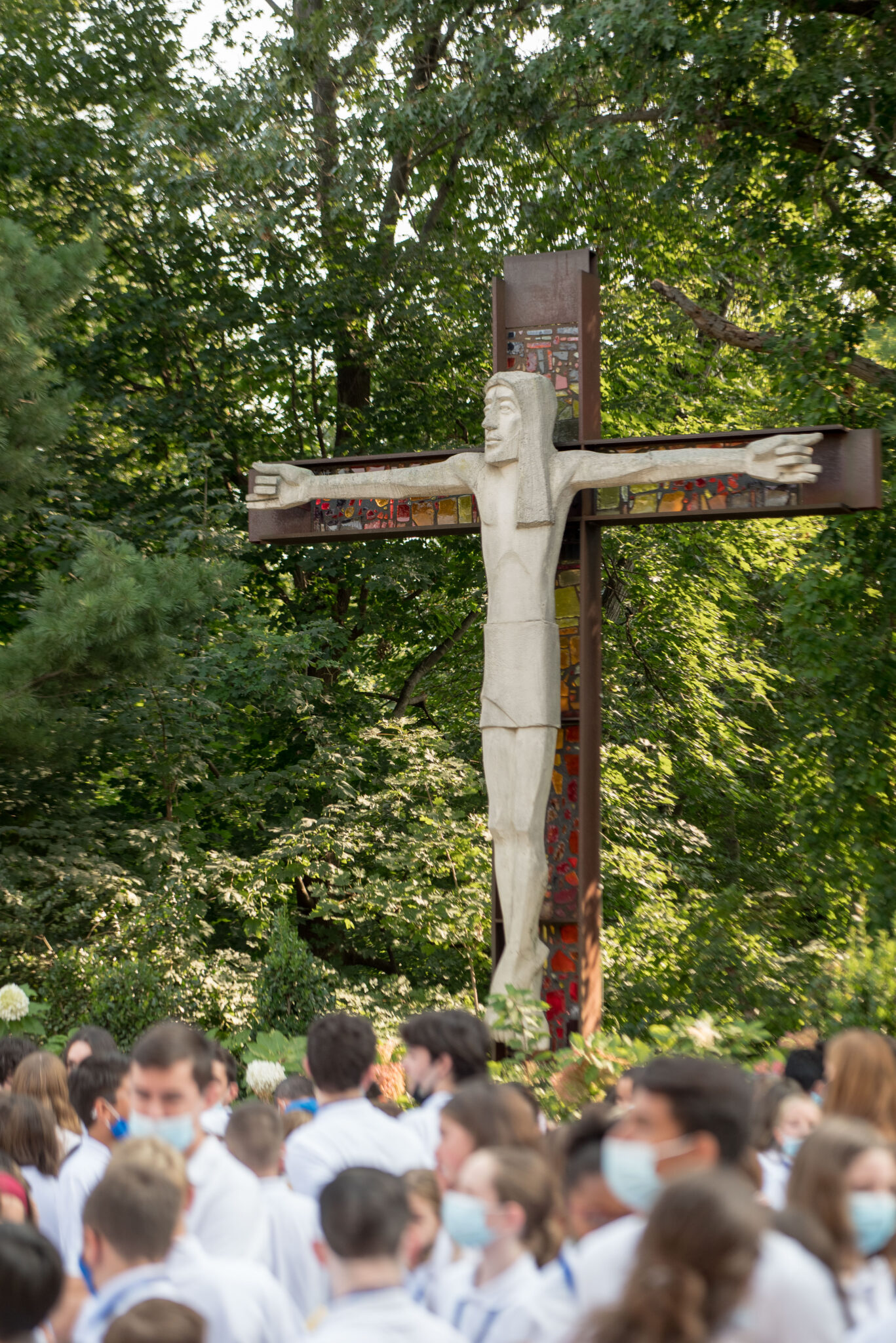 On September 14, the Kellenberg Community held its annual Triumph of the Cross Prayer Service for the first time in two years.

The Triumph of the Cross is a feast in which Catholics meditate on the death of Jesus and celebrate His victory over death. The Kellenberg community celebrates it each year on September 14.

Traditionally the opening prayer service of the school year, the entire faculty and student body unites in prayer to gain a spiritual focus to the academic year.

Last year, however, Kellenberg was unable to have the Triumph of the Cross prayer service due to Covid restrictions. Fortunately, that was not the case this year and on Tuesday, September 14 the Kellenberg community once again came together in prayer. 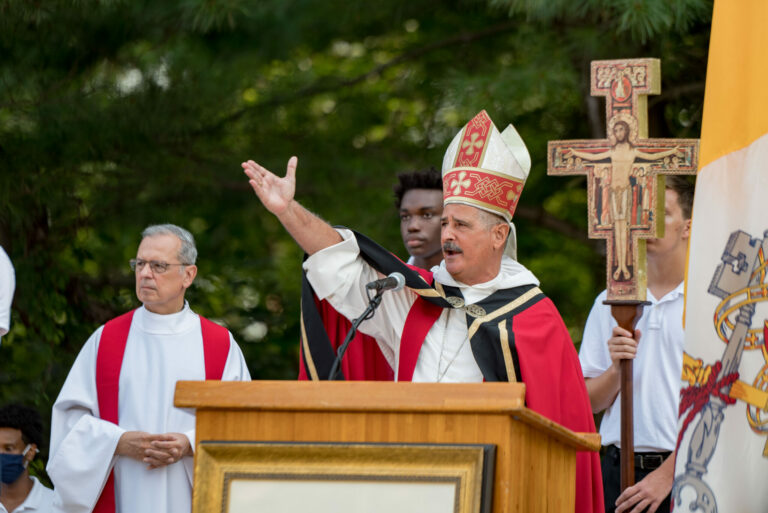 Archbishop Christopher Cardone, O.P., was the celebrant. Archbishop Cardone is the brother of school chaplain Fr. Thomas Cardone, S.M., and is currently working in the Solomon Islands. In his homily Archbishop Cardone spoke of the importance of the cross. He told the story of when St. Helen found the true cross of Christ. He told the students that they too are called to find the power of the cross in their daily lives. To remind the students of this, they were each given a cross that was later blessed. The students could wear this as a reminder of their identity in Christ.

This prayer service is always a way to open up the school year in community and faith. To celebrate this idea, this year both parents and grandparents were invited to celebrate and could gather for a small social afterwards on St. John’s field.

After the prayer service, students were able to socialize with fellow classmates as they enjoyed individually wrapped muffins and juice boxes.

During the service the Gregorian Consortium provided the music with songs such as “Lift High the Cross.”

One member of the Gregorian, sophomore Elena Brutus noted her excitement at getting to sing once again for the prayer service. She said, “As I was singing, it felt so amazing to be up there praising God with all my fellow classmates around me.”

After a year hiatus many were happy to be back to the beautiful tradition of the Triumph of the Cross. It was a reminder of the true spirit of the Kellenberg community, being together in prayer and faith.