Learn More About the XLT Band 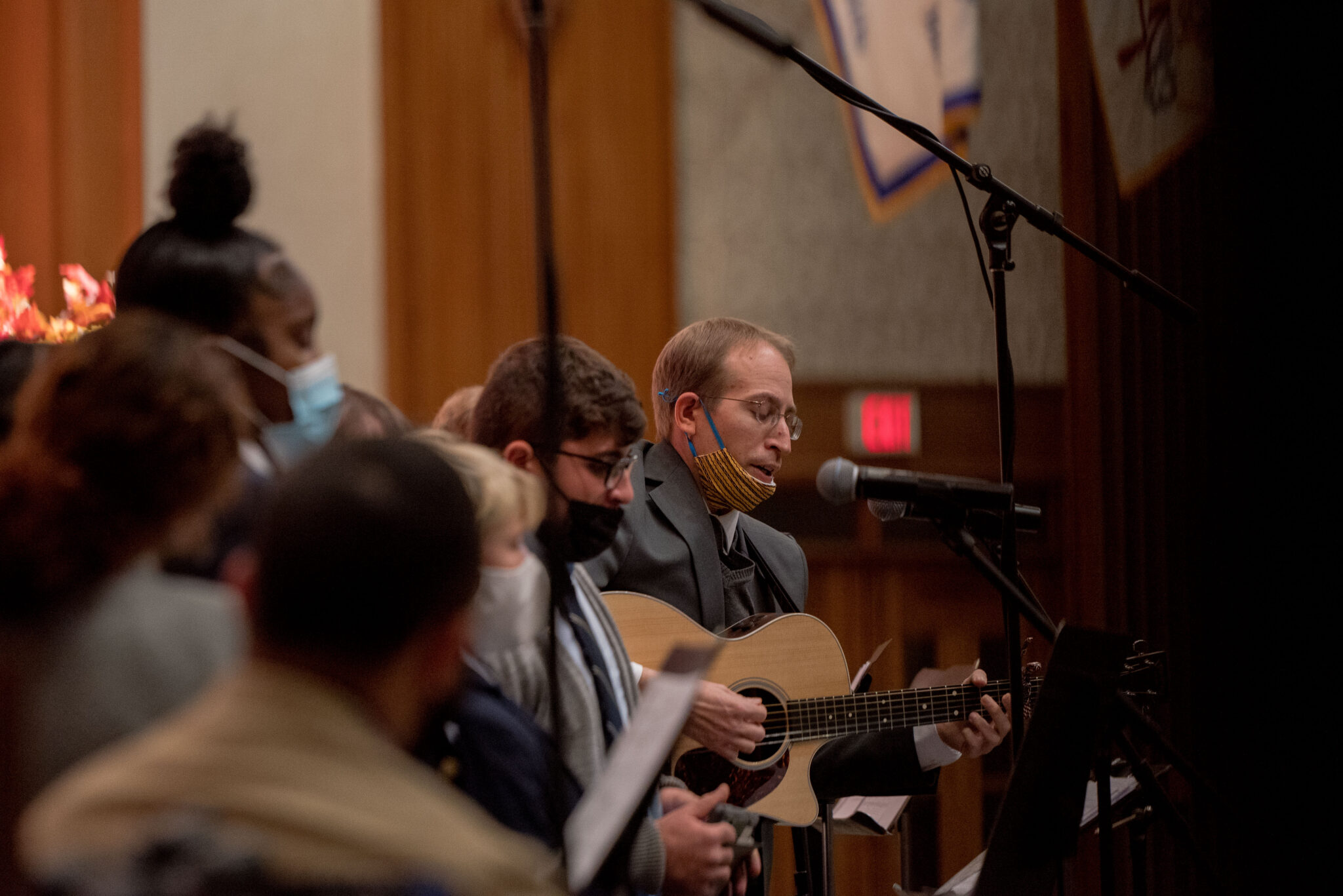 On Monday, January 24th, members of the XLT Band could be heard practicing their music in room 249 in preparation for the Founders Mass on Thursday.

The XLT Band is a group of students consisting of singers and instrumentalists in grades 9-12 that provides music for the Freshman-Sophomore Masses as well as XLT, the monthly Eucharistic Adoration Program.

Senior Rino Monteforte, a percussionist in the band since his Junior year, said “Just a great thing in general about XLT Band is the constant jam sessions. We are all rather musical people and we all can be sitting around waiting for adoration to start for almost an hour at times. So, we just play all types of music old and new and have a full blown jam session.”

“I joined XLT because I love singing and I wanted the opportunity to make new friends at school.”, Junior Gianna Tamburrino, a singer in the band since her Freshman year, shared, “XLT is a really great club at Kellenberg and I would definitely suggest it to anyone that loves music.”

The XLT Band rehearses on Wednesdays from 3:45 to 4:45 after school as well as on Mondays as needed. Auditions are held yearly and any student in grades 9-12 who are seriously interested in joining can contact Mr. Bursig and Mr. Harnisch during the year with any questions.