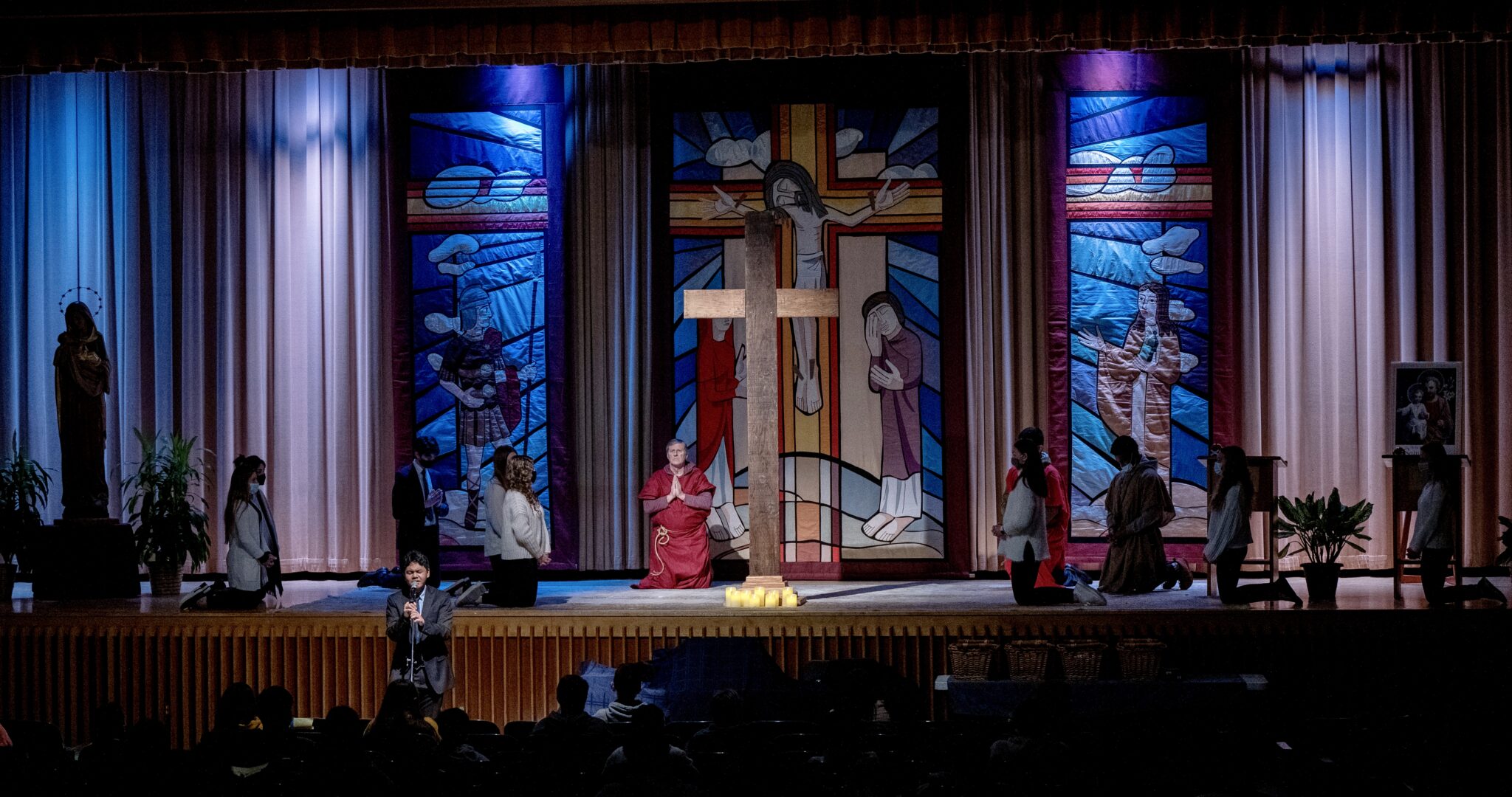 On Tuesday, March 9 and Wednesday, March 10, Kellenberg held its annual Lenten prayer service to provide time for spiritual reflection and introspection on the meaning of Lent, and to entertain the student body with a spin on the classic television game-show, Jeopardy!
The prayer service opened with an introduction by Mr. Basile’s, a senior religion teacher, who challenged the members of the audience to think about the people around them that need them most, and to remember to approach every person with how we would Jesus: with an approach of love. That is what Lent is about.

With the tone of the service set, the Jeopardy! match started, starring Judas, Peter, and Thomas (Marco Psyllos ‘21, Chandler Dalhouse-Osouna ‘21, and Mr. McCutcheon). Edward Jansen hosted, channeling his inner Alex Trebek and Pat Sajak, leading the contestants in categories such as “Saint or Sinner” and “Ashes to Ashes”. 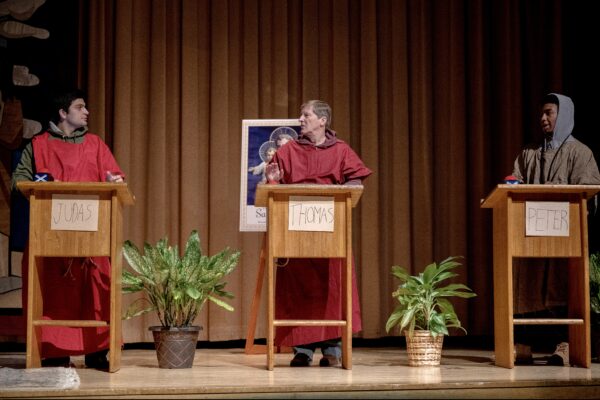 Each Apostle tried to win, but each fell short in his own way. ”St. Thomas”, for example, did not know the answer to the question: “[what is] belief in God without proof?” St. Thomas is commonly referred to as “Doubting Thomas” because of his refusal to believe that Jesus had risen until he had touched the wounds of His hands and side, and therefore he had trouble recalling the correct answer: “Faith”.

As the game went on, amusing banter between the competing apostles and even some commercial breaks passed, and more serious clips were shown of each Apostle describing his journey of belief and the meaning of Lent to him as he lived life with Jesus.

“Judas” described his journey with Jesus, and how he let his feelings of jealousy and rage overpower his feelings of love. By playing Judas, Marco gained insight on Judas’s experience, and reflected on what it means.

“Even after [Judas] betrayed Jesus, he still had the opportunity to make amends and seek repentance, but unfortunately he felt that taking his own life was the only way out. He thought he was beyond saving. What I learned from the prayer service in relation to Lent is that nobody is beyond saving. Jesus died for us and no matter how bad we may have scorned him, betrayed him, or blasphemed him he will still always be there to forgive us if we ask and seek for it because he loves us. To me, that is exactly what Lent is. Lent is a period of forgiveness where we leave all of our sins behind and seek forgiveness from the man that gave his life for us. No matter what you do or have done, Lent is a time to look in the mirror to thank God as well as ask him for forgiveness.”

At the end of the Jeopardy! match, the stories of the Apostles were summarized, and it explained how to use those stories to bring meaning into each person’s personal Lenten journey. “Learn from Thomas and believe…Do not let sin drive you away from Christ, like Judas, instead of looking to save yourself at any cost, like Peter, let your relationship with the Master be your salvation.”

To conclude the prayer service, “Amen” was sung by Dylan Taganas 21’ while a cross was mounted onstage and students knelt next to it. Father Thomas Cardone, S.M then spoke final words on looking within to grow our relationship with God and handed out small crosses to every student present, suggesting to them to use the cross to “ask God to keep you attentive to who He is.”