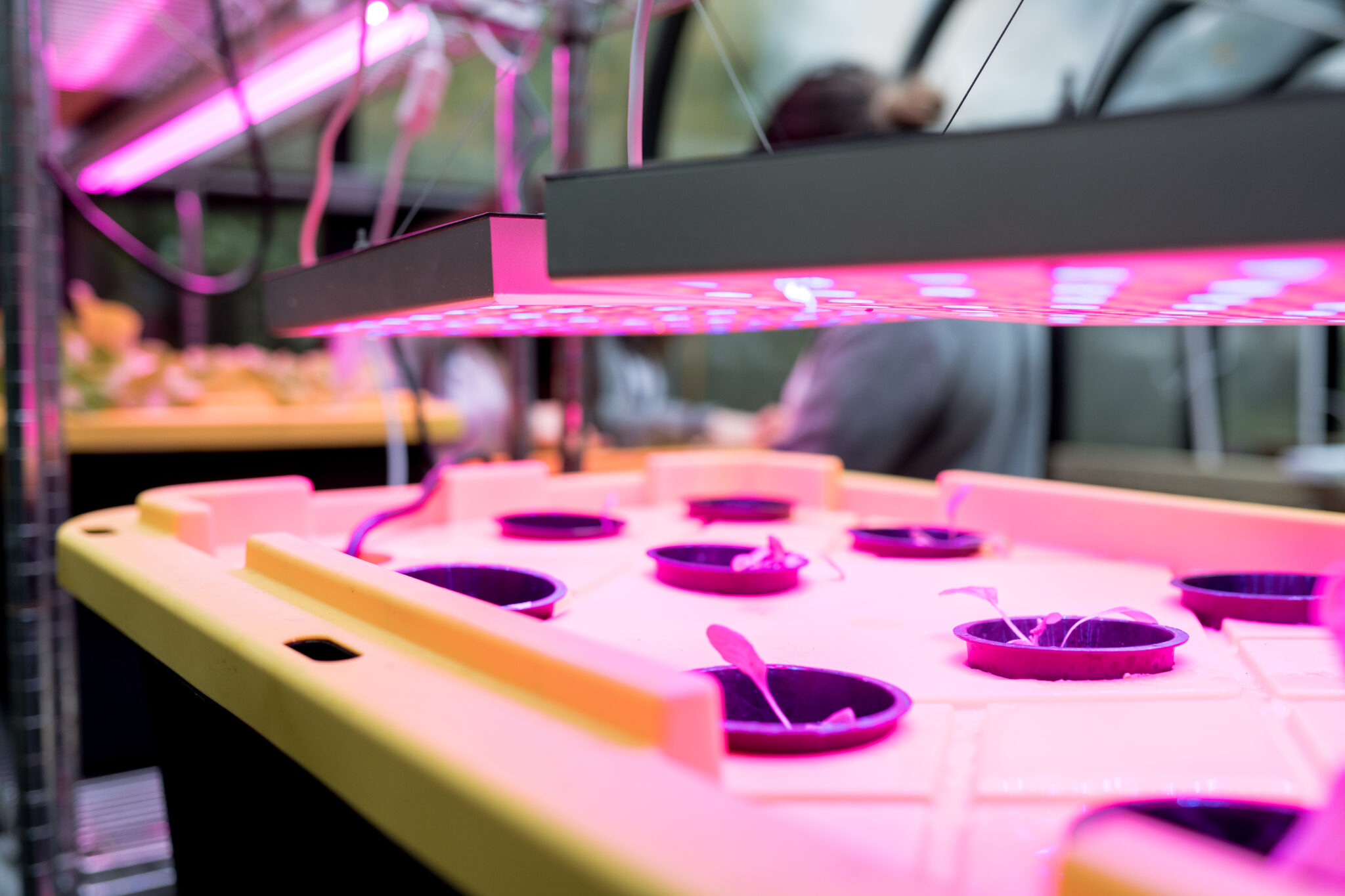 Many students and faculty can say with absolute certainty that Kellenberg has a greenhouse. It’s hard to miss that glass building in the courtyard just outside classroom 126 with the neon pink UV light beaming from behind the glass. But how many students or faculty know what happens inside the greenhouses? Yes, that’s right – greenhouses, as in plural. In fact, Kellenberg has not one, but three greenhouses on campus.

Fr. Philip Eichner, S.M., served as the inspiration for these greenhouses. Not only was Fr. Philip the first president of Kellenberg for thirty years, he also took on the trade of landscaping.

The greenhouses were originally used as a way to grow the annual plants from seeds and to store the many plants on campus, whether it be the outdoor plants during the colder months or the indoor plants that were used for special occasions. Some of the indoor hallway plants also made trips to the greenhouses when necessary for the plant’s health.

Recently, the greenhouse outside of classroom 126 has undergone changes, some of which are still in progress. With new updated flooring, this greenhouse not only houses the outdoor potted plants during the winter and the water filtration system for the ponds, but also is the home of the beginnings of Kellenberg’s own hydroponic sustainability center.

Here, students in the environmental science class have been working on a hydroponic garden of easy-to-grow lettuce and basil. 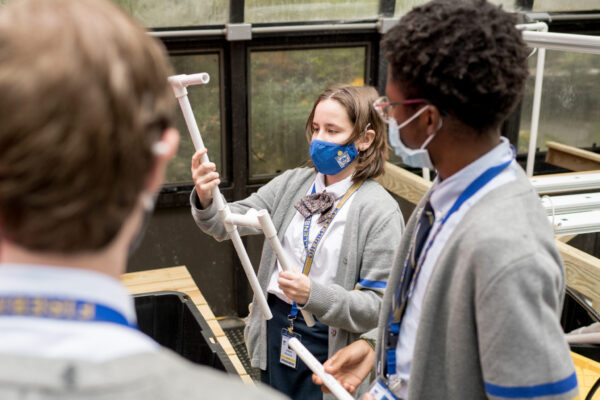 Mr. Wevers, one of the moderators, said, “While teaching in there [classroom 122], I was thinking about teaching in here [greenhouse]. I saw it as an opportunity to get kids involved, especially in hydroponics, which is the future.”

For those unaware, hydroponics is a way to grow plants without the use of soil. In order to do this, students grow the seeds in rock wool pods with nitrogen fertilizer before transferring the pods to an aeroponic system. With the help of Mr. Wevers, the students built the aeroponic system by placing an internal PVC piping system inside of a plastic storage container. The plants are suspended over these pipes and their roots are constantly sprayed with water and a micronutrient fertilizer. A UV light hangs overhead, (yes, that bright pink thing) which can be seen from the Madonna Pavilion outside the greenhouse.

Junior Christian Janosel, a student in the environmental science class, shared, “I chose environmental science because personally, I like learning about my surroundings and what I’m involved in physically. With the hydroponics experiment, I found it interesting to see everything the lettuce required in order to grow successfully.”

With a nutrient flow system in progress and plans to grow other types of plants, such as tomatoes and other types of lettuce, the aeroponics system is just a first step for the environmental science class into experimenting with hydroponics.

“We had the idea to do what was done with the zoo,” Mr. Wevers stated. “We wanted students coming in and out of the greenhouse before and after school to work on it. And the zoo wasn’t built overnight.”

The Zoo to which Mr. Wevers refers is the area between rooms 122 and 126, where students care for small animals, reptiles, and birds. The Zoo was established decades ago as a place for the Latin School students to observe living organisms and became, over the years, a vibrant community of future scientists. Mr. Wevers’ hopes for the same culture to thrive in the Greenhouse.

Located on the second floor on the roof space between the gym and the auditorium are the other two greenhouses.

The first one, which faces south and can be seen from the second floor classrooms above the cafeteria courtyard, is mainly used for the storage and rejuvenation of the indoor plants that can be found throughout the school campus.

The second one is conjoined perpendicularly to the first and lies on the other side of the stained glass windows above the boys gym. This was added later and is currently used to grow the annual plants, which are ready around Mother’s Day.

Both of these greenhouses are equipped with an automatic sprinkling system, ventilation fans, and glass paneled slanted windows that can be opened and closed. 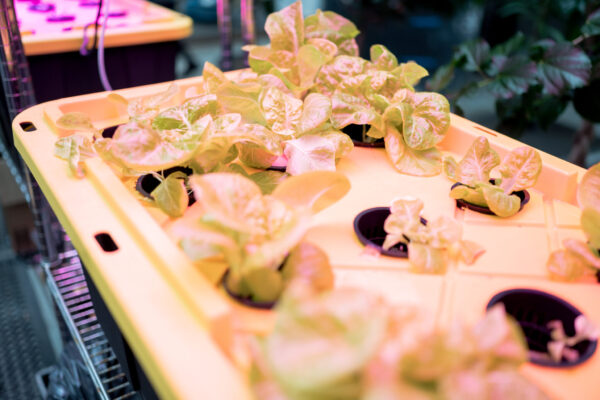 “I always like to use the comparison that Kellenberg is like a greenhouse when talking to the parents of potential students,” Principal Bro. Kenneth M. Hoagland, S.M. stated. “Like how a greenhouse gives the optimal conditions to grow and to nurture plants, we give the optimal conditions for student growth and to instill in them the Kellenberg values. And the soil, which gets transplanted with the plant from the pot to the ground, to the real world, that’s like the student going to college and taking those values, that little bit of Kellenberg, with them.”

Mr. Kevin Hardy-Wells, the supervisor of landscaping at Kellenberg, shared, “All you need is a little sunlight, water, soil, ventilation, to grow, to nurture these plants.”

With three greenhouses, Kellenberg is going above and beyond in environmental studies and future STEM learning experiences for students.

Sadly, Fr. Philip recently passed away; however, a Kellenberg legend of sorts, Fr. Philip remains in these living greenhouses, as he does in so many places around the KMHS campus.