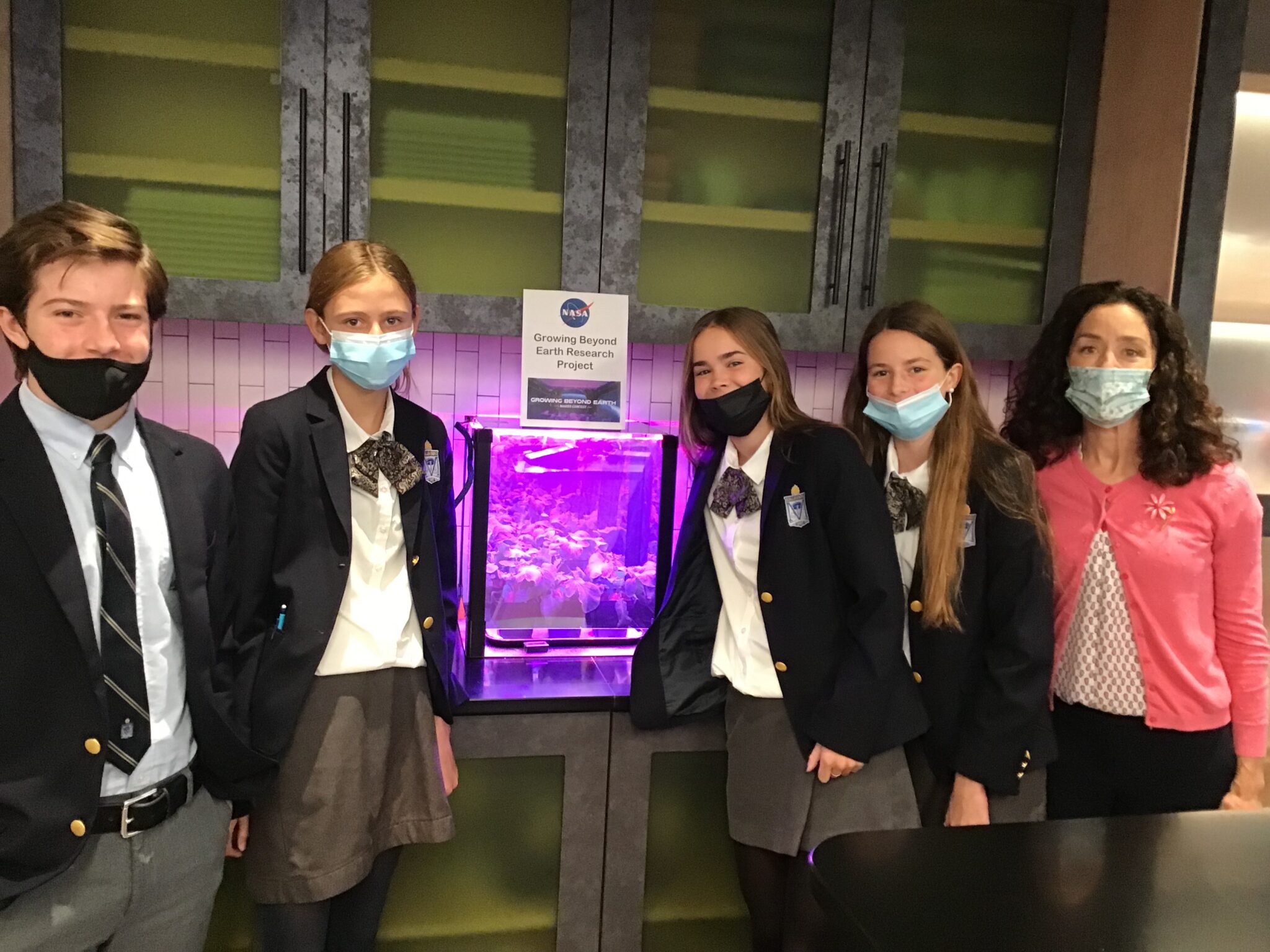 What’s better than a radish? According to many, just about anything on Earth. But, there’s the catch; what if the radishes were out of this world? This year the Kellenberg Chemistry Seminar class is participating in NASA’s Growing Beyond Earth project. Growing Beyond, is a program where classrooms around the country simulate the growing conditions of the International Space Station and share their findings with NASA. By doing this NASA is able to find which crops are able to grow despite variability in location. NASA also collects data on small adjustments they can make to improve their own growth.

This year the Chemistry Seminar class might have their own impact on the affairs of outer space. In a small one way mirror box covered in ultraviolet lights sits several planters full of radishes. The entire setup isn’t large at all but does look somewhat ominous, almost like weird alien technology. Students are growing several types of radishes including “Cherry Belle”, “Crunchy Crimson”, “French Breakfast”, “Roxane”, “Dragon” and so many others. 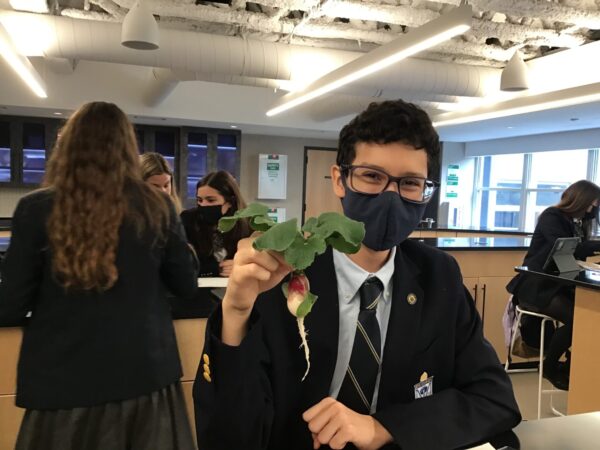 Now one might ask why radishes? Among the crop community, radishes are definitely not the most popular. Similar to many foods, radishes make up for their shortcomings in taste with their several health benefits. Also, some variations of radishes mature very quickly making them optimal crops to grow in space. Lastly, radishes are a crop that many different cultures around the world are familiar with, making them a great crop to be grown on the International Space Station.

While growing radishes for space data may not be as glamorous as testing spaceship launch angles, the Chemistry Seminar class is still doing something crucial. While fresh fruits and vegetables may be something that goes unnoticed on Earth in space they’re a luxury. It provides astronauts with the opportunity to distract themselves from the stresses of space and to remind themselves of the joys of home. When Mrs. Frem was asked about how the growth has enhanced her class shared “The NASA Growing Beyond Earth project has allowed students to participate in authentic research, to collect data and to share data with students and scientists around the country. It is also fun to watch the radishes grow so rapidly.”