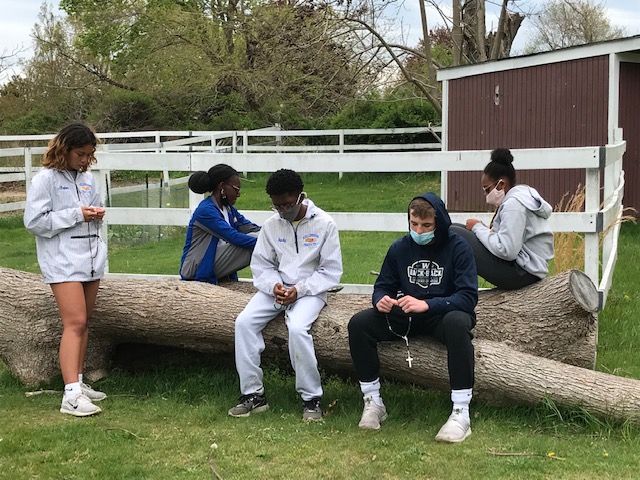 Two buses full of our new Kellenberg Eucharistic Ministers departed for an all-day retreat at Stella Maris at 8:15 on May 3.The 40 juniors accompanied by their moderator, Bro. Michael Gillen S.M., spent the entire day together as a group for bonding and spiritual growth. Upon arrival, they played spike ball, then Bro. Michael invited all inside to pray and discuss their role as future ministers.

After morning activities, they enjoyed a pizza lunch, ventured outdoors to play ultimate frisbee, and played a volleyball circle game. Throughout the day the Eucharistic Ministers prayed together four times; morning prayer, The Rosary, and twice before lunch and dinner. Dinner was enjoyed by all with barbecue chicken and sausage, as well as Caesar salad and mac and cheese.

The buses left Stella Maris at seven o’clock closing out the fulfilling retreat.

Marc Cannella, ’22 said, “The retreat showed me that being a minister, I have a lot of responsibilities now. I am a main role model in faith at the school. Being a minister is opening up so many new religious opportunities in the school.”