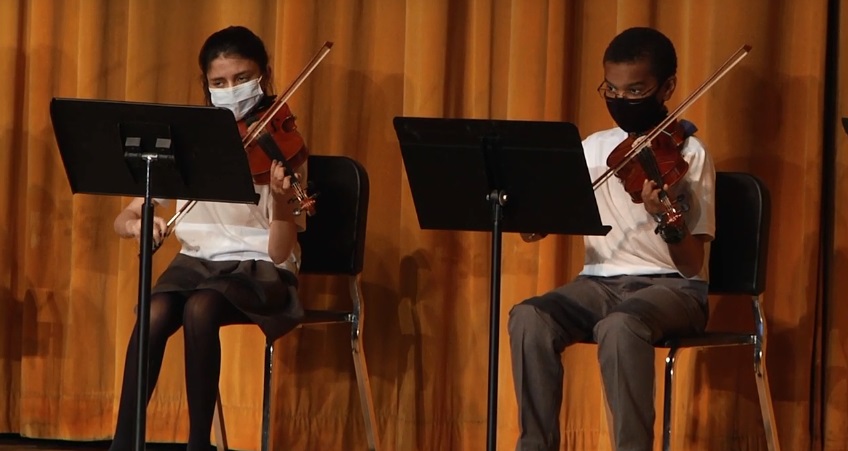 On May 7th, 2021, the members of the Firebird and Phoenix bands, choruses, and orchestras showcased their talents through the virtual high school Spring concert.

The concert began with the Firebird and Phoenix bands performing the “Star-Spangled Banner”. Every year, this is performed by one of the groups to start the concert.

After this, the Firebird Orchestra performed “Over the Rainbow” from “The Wizard of Oz.” The Firebird Chorus sang “Rewrite the Stars” from “The Greatest Showman”. The Firebird Band followed with “Afterburn” by Randall D. Standridge, concluding the Firebird portion of the show.

Next up was the Phoenix Orchestra playing “Eleanor Rigby” by Paul McCartney and John Lennon.

Before the rest of the Phoenix ensemble displayed their talents, Brother Roger Poletti, S.M., gave time to recognize seniors Emily D’Alessandro for making the all-state mixed chorus and Maria Barrella who was selected as an alternate.

Brother Roger concluded the concert by acknowledging the graduating seniors and thanking them for all that they did in their ensembles through the years.