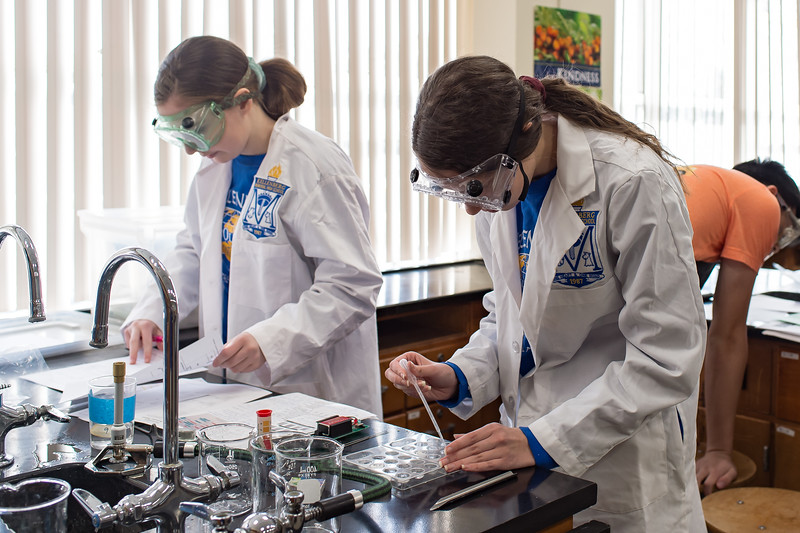 The Science Olympiad Team has had a very successful season despite unprecedented setbacks. Lauren DeSantis, a junior team member, remarks, “COVID-19 required all of our competitions to become virtual throughout the 2020-2021 season. The team adapted by learning how to use sites, such as SciOly, to submit our test events and we even studied at home since the labs at Kellenberg were being renovated.” In their first virtual competition, called BEARSO, hosted by the University of California, seniors Julia Zacharski and Meaghan O’Keefe earned medals. On November 14, at Boyceville, the A team came in ninth place, while the B team defeated more than twenty competitors, coming in thirty-second place. Medals were won by senior Marc Scocca, junior, Josette Rivera, and sophomore, Angela Paxos. During December, the A Team came in ninth place while the B Team came in thirty-first at Northview. B team medalists include: seniors, Helen Andrade and Meghan Osonitsch as well as junior, Jonathan Duggan. Nearly a week later at North Pocono, the A team came in eighth place where juniors, Alexander Szulzycki, Rebecca Doyle, and freshman, John Arriola won medals for their respective events. Breaking in the new year at The University of Chicago, medals were won by seniors, Meaghan O’Keefe, Julia Zacharski, and Colin Donnelly. In February, at the University of Cincinnati competition, medals were earned by seniors: Julia Zacharski, Colin Donnelly, Grace Massillon, and Isabella Rajkovic, along with junior, James Cross, and freshman, John Arriola. Junior Lauren DeSantis recalls the team’s latest achievements, “I’m proud to say that the Science Olympiad Team still carried on to qualify for State Championships, a feat accomplished for the 25th consecutive year.” The Science Olympiad Team secured seventh in regionals and eighteenth in States. The team members of Science Olympiad Team have turned their hardships into arguably their most successful season.