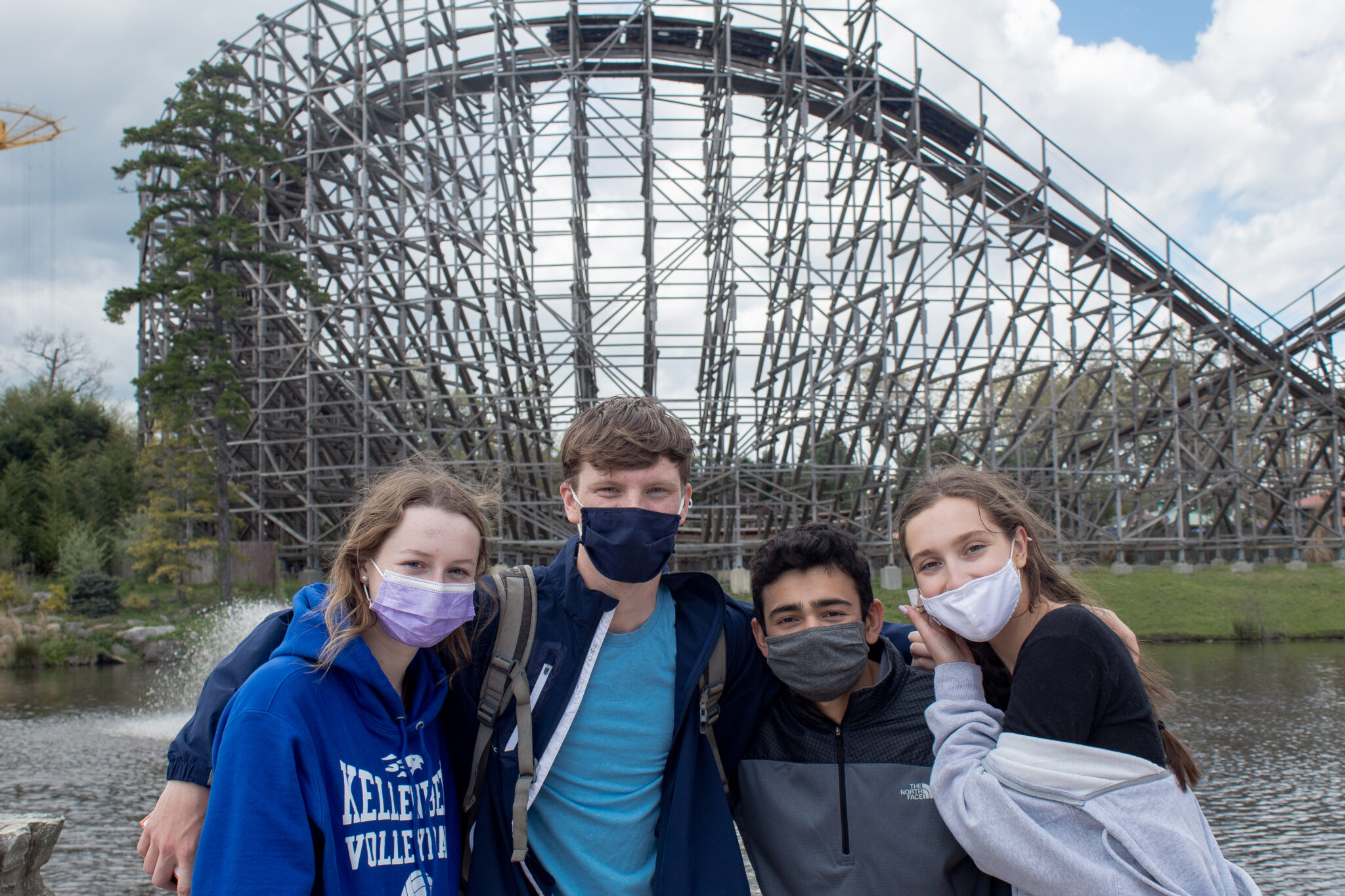 Ms. Vigario and Mrs. Meisse were the head of planning for not only the Six Flags trip but all spirit events for the class of 2021. They decided to enlist the help of seniors to ensure each event would be a hit.

Senior Jenny Carman became involved with the planning process because of her close relationship with Mrs. Meisse and Ms. Vigario, who had been her cheer team coaches in the past.

She noted, “I think it is important to offer senior events, especially this year because a major part of Kellenberg is the community that comes from the events the school can come together for.”

Seniors who were interested in the planning process could join conferences through a Schoology group and bounce ideas off of each other. These ideas eventually took form and settled into what would become the Camp Echo Outing, Senior Night Carnival, and, of course, Six Flags.

The day, so long-awaited since the initial Six Flags announcements, was finally here, and seniors buzzed with excitement and dreams of conquering rides like “El Toro”, “Superman”, and the infamous “King-da Ka”.

After getting amped up in the usual Kellenberg way (listening to Lauren Daigle and Chris Tomlin on full blast), the students arrived at the gates and entered the 510-acre-park, quickly making their way towards the “Maximum Thrill” rides.

“I got to ride Nitro with the Mr. Sorkin. Not only did I get to share my favorite ride with the people who made my senior year the best, but I then also got to ride it twice with even more friends! Going to Six Flags was the ‘greatest adventure’ ever.” Breanne Bell said with a smile.