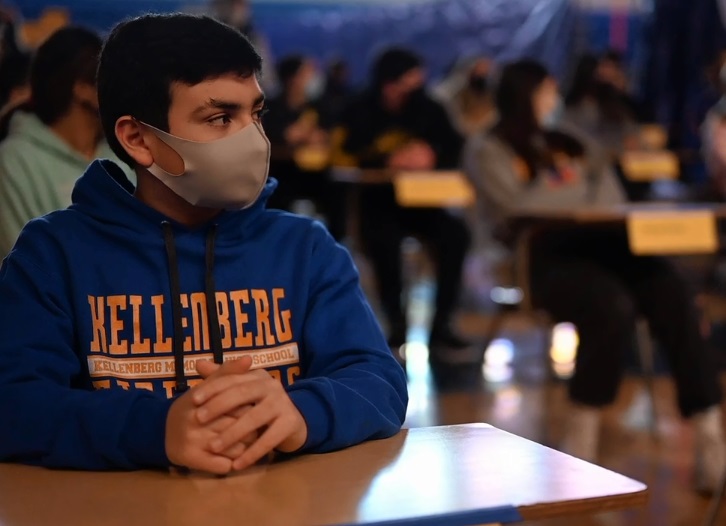 On February 5th, Kellenberg had its second Faith Friday, a gathering recently implemented to give students the opportunity for prayer, reflection, and fun with friends.

During the day, students in grades 9-12 watched the film, The First Day. The film follows Chris Herren as he chronicles his story of addiction and recovery to the various high schools he visits. The film emotionally impacted many of the students with his stories striking a chord with the students who have both directly and indirectly been affected by addiction.

In the film, Chris Herren specifically focused on the first day of addiction rather than the later stages that are more commonly used to represent it. Focusing on the start of addiction, what causes it, and how to avoid it. It offered a new and more relevant approach to addiction for the students by presenting them with the fact that mental health and self-esteem can influence someone’s struggle with addiction and even cause it.

Herren used several specific stories both from his own life and that of the students he has met across the country to convey the profound struggles youth are facing today. Another part of the film that resonated with the students was his reminder that they were not alone in their struggles. He reminded the students that their parents, teachers, and coaches are there to listen and help them.
Watching this movie inspired many students to face their own struggles and challenges as a teen with newfound strength. The film, The First Day, gave clear and direct insight into the problems of addiction and is an appreciated choice for the students’ Fun Friday.