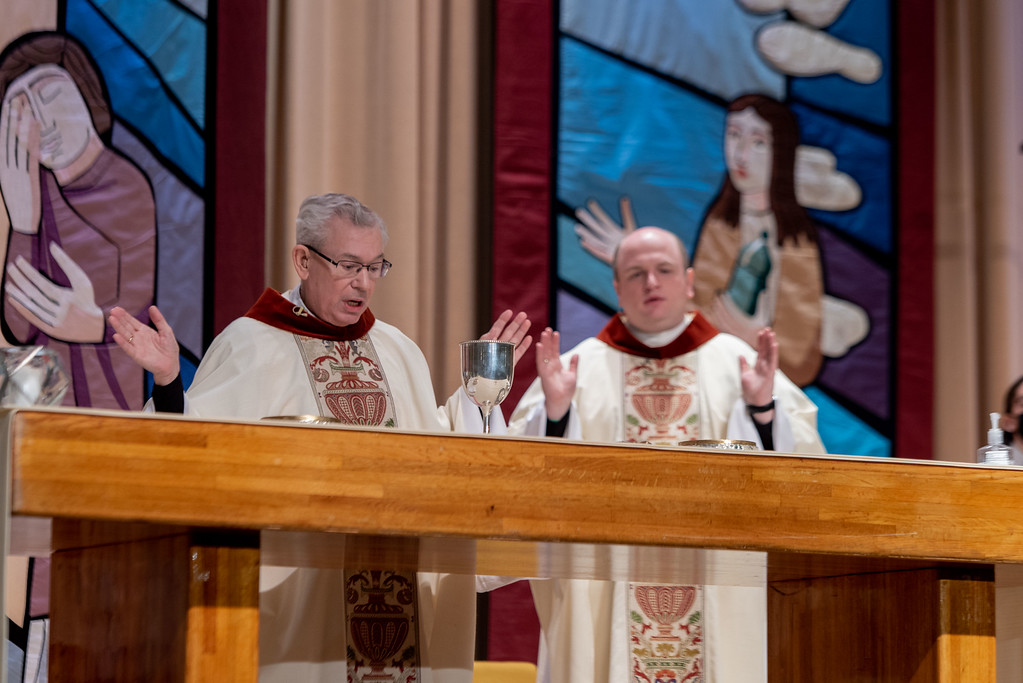 Communion Breakfasts have been an annual tradition in which the Kellenberg community can gather together and celebrate, both with a Mass and an accompanying breakfast.

Unfortunately last year, due to the pandemic, Kellenberg was unable to hold a Communion Breakfast for its students. This year however with new safety procedures in place, students and their families were able to participate in Communion Breakfast once again.

With limited capacity, each class division had their Communion Breakfast on a different Sunday at 9 A.M. The Senior division was first on April 18, the Junior division on April 25, the Sophomore division on May 2, the Freshmen on May 9, and finally the Latin School on May 16. 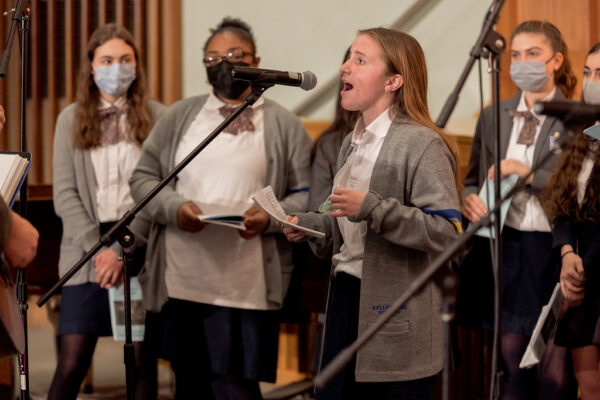 Each Mass was celebrated by either chaplain Fr. Thomas Cardone, S.M., Fr. Daniel Griffin, S.M., or Fr. Albert Bertoni, S.M. The Masses were held in the auditorium where families were able to be spaced out to follow safety protocols. The Gregorian Consortium provided music for the Mass.

Following the Mass, everyone was able to gather outside on the fields or in the gym. They were each served individually wrapped breakfasts from A&S Bagels in Franklin Square. Many students enjoyed being able to celebrate Mass with friends they have not been able to see much in school.

Sophomore Sloane Sackett noted, “This year we haven’t had the chance to see many people from our grade. It almost felt like a new, fun thing to just be talking and hanging out with classmates after Mass.”

Following a difficult year, it was a great relief for students to participate in the tradition of Communion Breakfasts. It took a lot of effort on the part of the A.R.K. and faculty to organize these breakfasts and to make sure all safety protocols were followed.

Even with all the uncertainty this past year has brought, it was wonderful to know that Kellenberg would continue its faith-filled, community-building Communion Breakfasts.