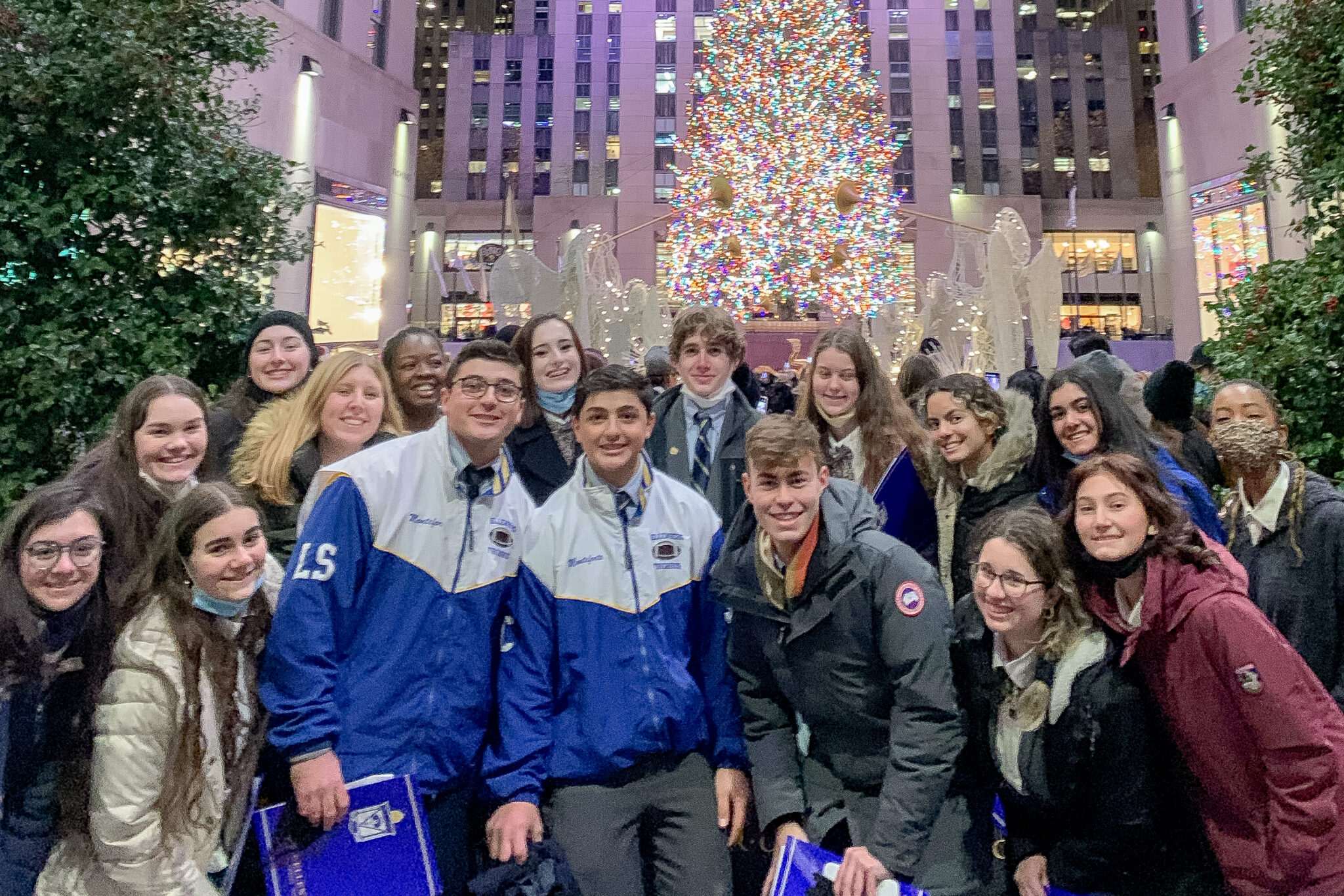 On Friday, December 3rd, Kellenberg’s own Gregorian Consortium performed at Radio City Music Hall. This was only one part of the group’s exciting trip to New York City. After school, the Gregorian Consortium rode the train into New York City and first stopped by the famous Bryant Park. They had a bite to eat and sang a couple of Christmas carols in front of the iconic golden fountain.

The Gregorian Consortium then walked to the famous Rockefeller Center Christmas Tree where they continued their merry caroling and got to spread the holiday cheer to tourists viewing the tree. The last stop before Radio City music hall was Saint Patrick’s Cathedral, where they said a quick prayer and saw the nativity scene.
Saint Patrick’s cathedral is home to one of the more unique nativity scenes you will ever find. The scene includes a dog seated next to the Blessed Virgin Mary and behind baby Jesus. 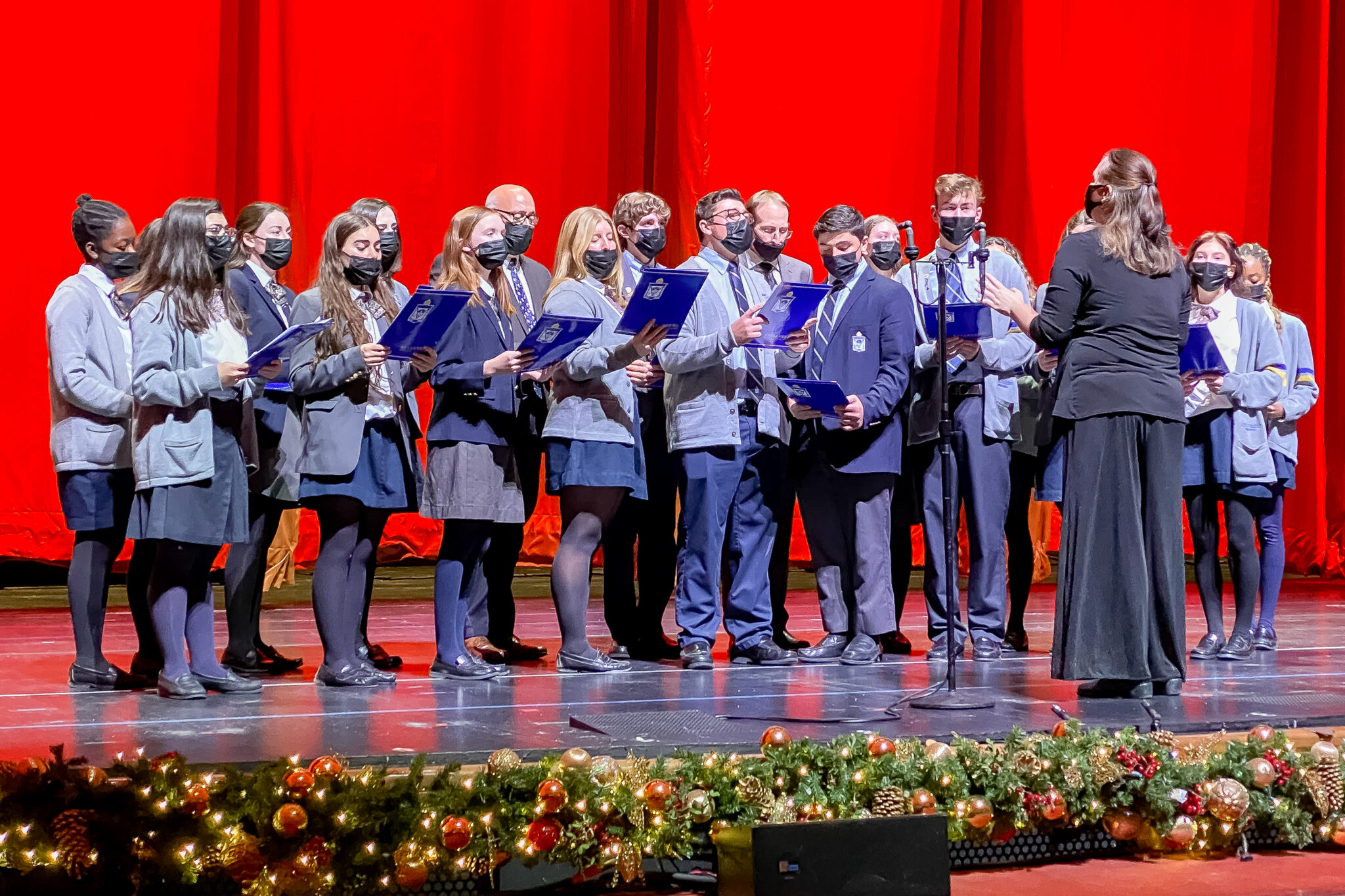 At Radio City, the Gregorian consortium performed two songs; Ding Dong Merrily on High and Silent Night. They sang in front of over 150 members of the Kellenberg family, including faculty members, friends, and family. They performed right before the world-renowned Christmas Spectacular, which is the annual musical show performed by the Radio City Rockettes.

The Holiday event was a huge success, as everyone from the members of the Gregorian Consortium to the spectators had a great time. It was a great start to the Christmas season for everyone.