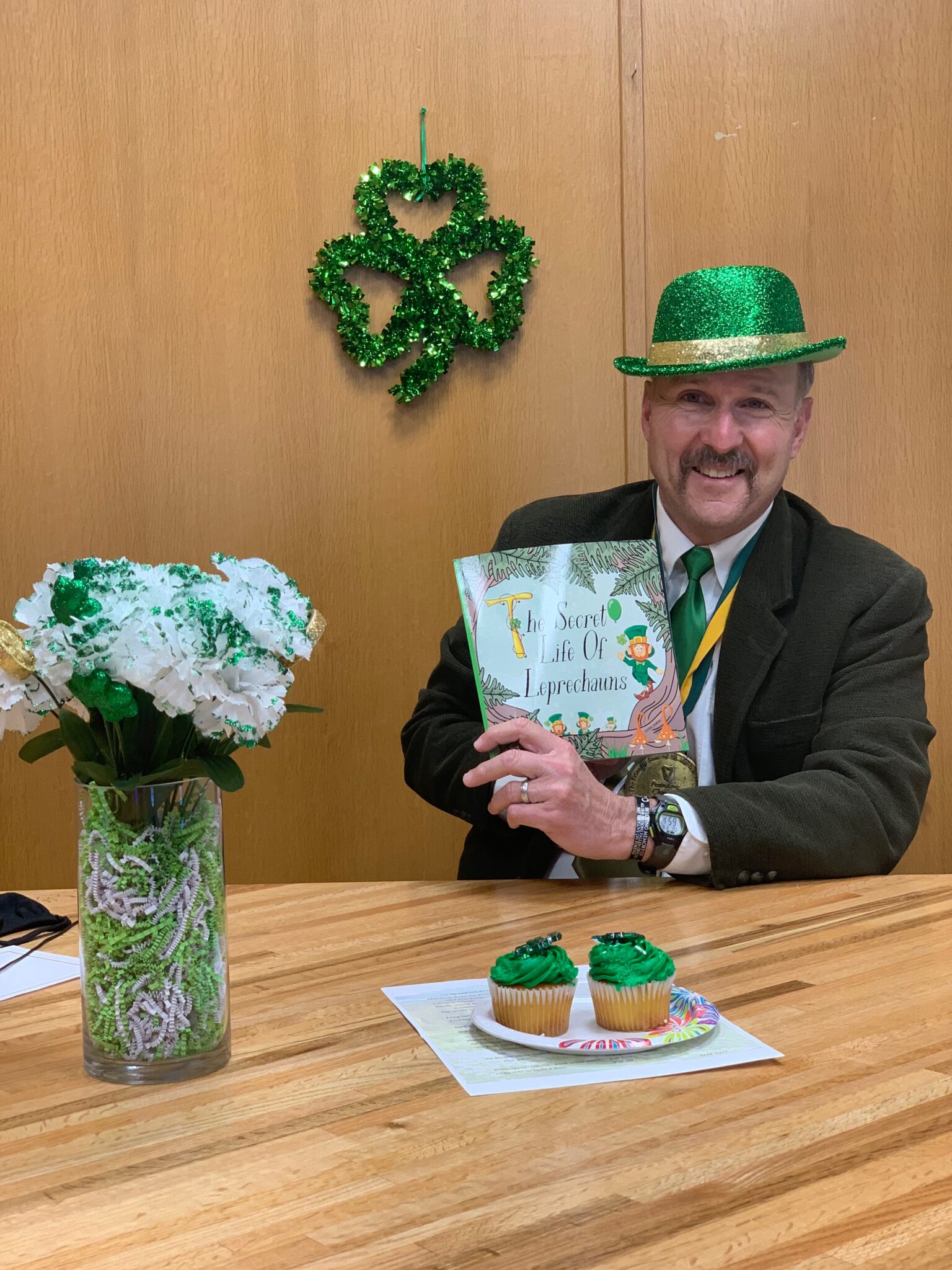 Article by The Phoenix Staff:

The Feast of St. Patrick was celebrated around the Campus on Wednesday, March 17.

Sophomore literature teacher Mr. Brown extolled the virtues of the Celtic saint during morning announcements by praising the great immigrant spirit of the people for whom St. Patrick is patron. Mr. Brown entertained and inspired the student body with an impassioned recitation of an original poem.

Mr. Collins’s BagPipe Club also provided some cultural entertainment by playing “Down by the Sally Gardens” on the bagpipes during announcements.

Mr. Brown’s and the BagPipe Club’s performances can be viewed by visiting kellenberg.org and clicking on Morning Announcements from the Media page.

While several teachers hosted Irish trivia Kahoot! contests, Irish music, green apparel, and an occasional jig provided a little Irish spirit to the day around the classes and hallways.

As a gift from the KMHS Administration, seniors were given a St. Paddy’s Day Green Bagel upon departure for the afternoon.