Students Give Back with Spiritual Days of Action 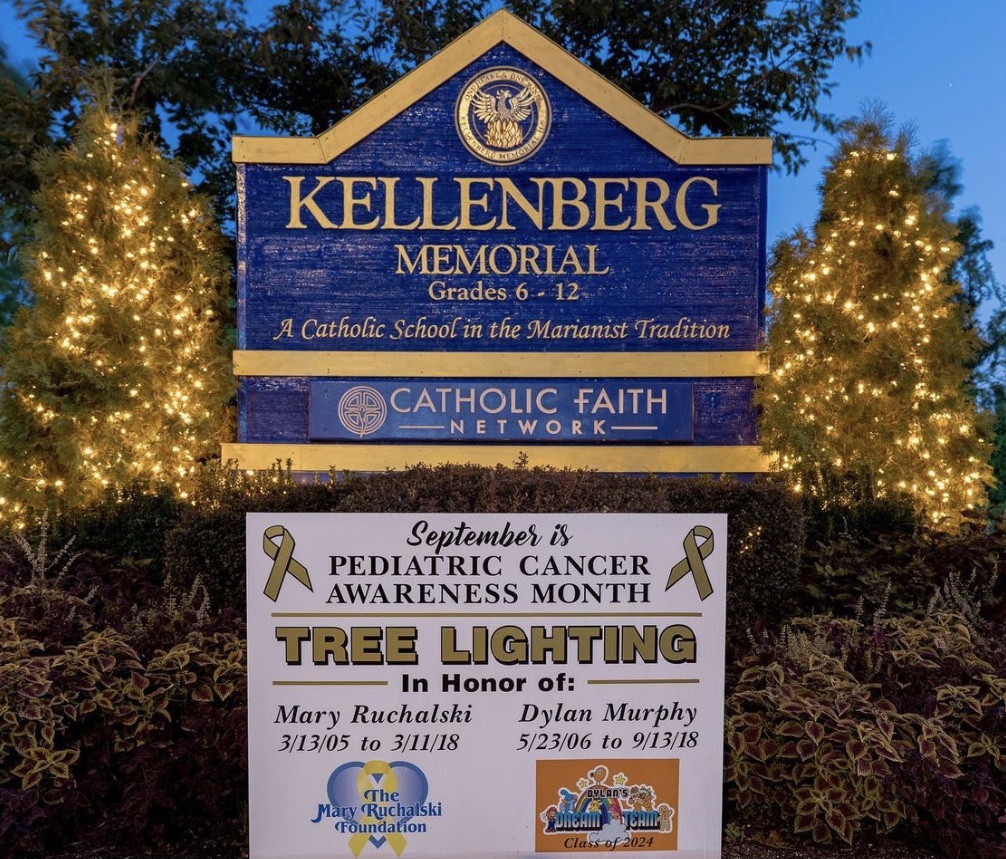 On September 14th and 15th, the Kellenberg school community came together for the Spiritual Days of Action fundraiser. The funds were raised with the goals of supporting Pediatric Cancer Awareness Month and those affected by Hurricane Ida in mind.

During lunch periods, tables were set up outside the ARK. Students were able to give a $10 donation in exchange for a lantern and a bag. Over the weekend students were asked to place the lantern in front of their homes to “light the way” for pediatric cancer research.

The two foundations the fundraiser was aimed towards assisting were Dylan’s Dream Team, and The Mary Ruchalski Foundation, which both aim to bring awareness to pediatric cancer and its’ severely underfunded sect of cancer research.

Dylan’s Dream Team is an organization founded in the name of Dylan Murphy, a Latin School student who passed away from leukemia in 2018. His foundation aims to bring funding to several Child Life Programs, sponsors scholarships and holds yearly events.

His brother, John Murphy ‘22, regarding the fundraising, said “I’m thankful for all the donations to these causes because it means so much.”

The Mary Ruchalski Foundation faces a similar situation, as Mary passed away from cancer in 2018. Coach Lindsey Ruchalski ‘14 described her sister as someone who was always looking out for others and truly lived with kindness and generosity.

Mary’s life reflected this kindness so much that the hashtag #BeLikeMary has become synonymous with her legacy. The Mary Ruchalski Foundation brings funding to doctors researching her cancer, and aid to families who are financially strained from medical bills.

The other part of the fundraiser aimed to assist with the devastation in Louisiana that Hurricane Ida left in its wake. Father Ajani Gibson, who was a classmate of Brother Peter Stenner S.M. at Catholic University, is a priest at St. Peter Claver Church in New Orleans. Father Ajani shared over the school announcements how St. Peter Claver Church has many parishioners who were deeply affected by Hurricane Ida, and called on the school community to show generosity.

This call for generosity was met, as almost $5000 was raised towards these three organizations. As Christians, we are called to give from our abundance. Kellenberg’s student body excelled as they displayed what every Christian should aspire to be.