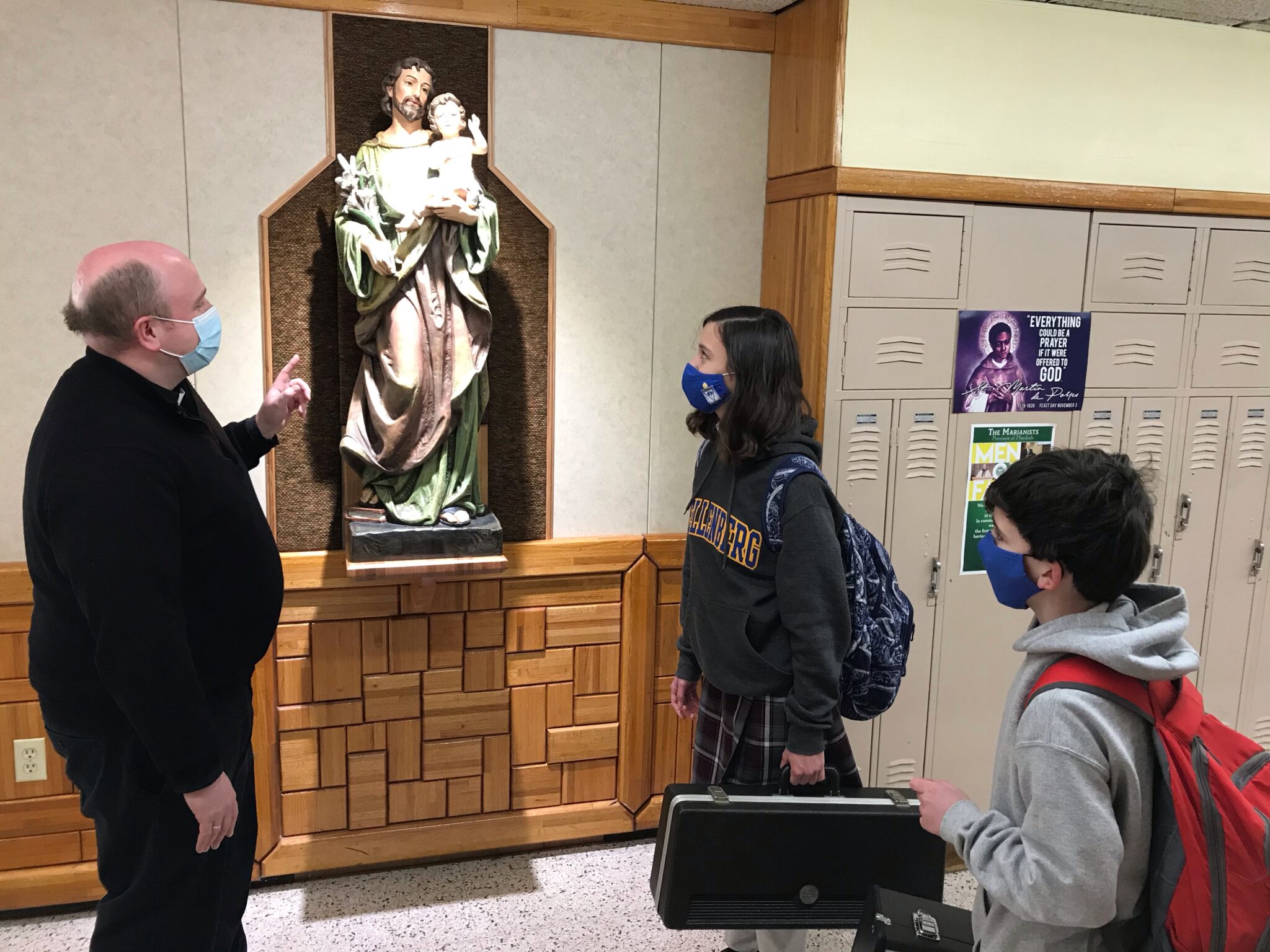 Blessed William Joseph Chaminade was the man who founded the Marianists, and he devoted his entire life to learning about the family of Jesus and teaching others about it. He understood the importance of Saint Joseph and the role he played in Mary’s and Jesus’s life.

Saint Joseph isn’t just important to the Marianist Order, he is important to the entire church, and has the role of patron saint of the Universal Church. He is the perfect role model for a disciple of Jesus, as he was a pious man.

Joseph also is a great role model when it comes to hard work. Even though he was raising the child of God, he was still humble. Saint Joseph still kept his job, supported his family to the best of his ability and raised Jesus as a carpenter. He shows us to continue hard work no matter the circumstances. Though there aren’t many stories of him in the Bible, he clearly valued family and hard work greatly. He played a crucial role in the childhood and life of Jesus. He also supported Mary constantly and without him, Jesus would probably not have grown up to be the man he was. Saint Joseph worked as a carpenter when he was called by God to raise Jesus. Joseph did it, even knowing that he wasn’t Jesus’s biological father.