The Phoenix: Rowen STEM Center Marks the End of an Era and New Beginnings 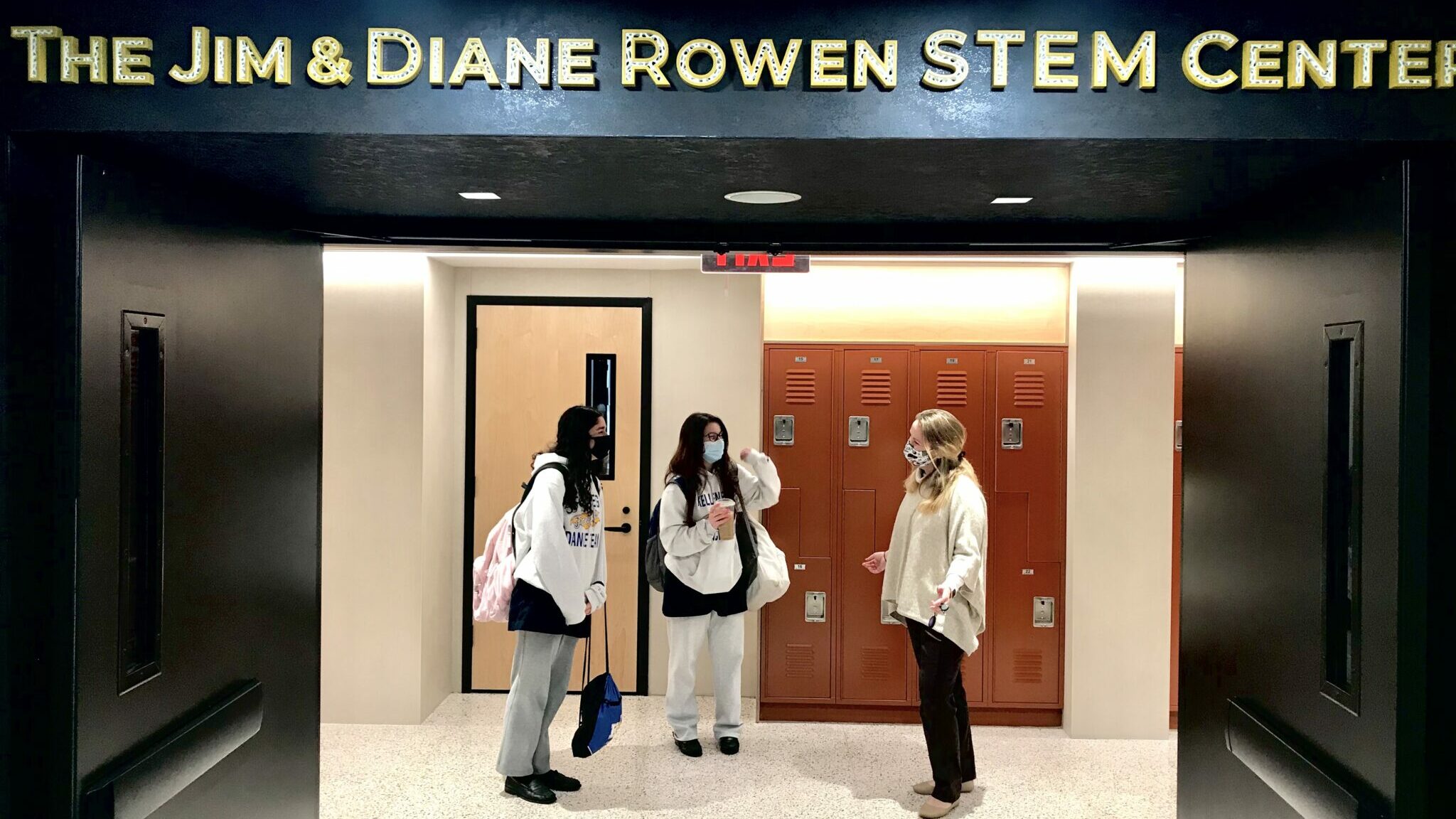 Maybe it’s the tale of two labs – the best of times and the worst of times. But demolition began in the gray mornings of last December – seemingly a lifetime ago – 2019. Crews removed the lockers from the hallways before tearing up the floors and caving in the walls and ceiling. Though the project was long overdue, construction came as a surprise for students. Synthetic panels and concrete flooring will always be more efficient than old carpets and wooden cabinets— there is no doubt about that.

The new Jim and Diane Rowen STEM Center has made Kellenberg a hub for high school level scientific research. Upgrades include brand new epoxy resin lab tables, safety equipment that monitors carbon monoxide levels, and detoxification showers and eyewash stations. For a school that takes immense pride in its science and technology programs, the necessary instruments have been acquired.

“Atmosphere educates philosophy,” Mr. Wevers told me. Mr. Wevers has been at Kellenberg for just over a decade now as an earth science teacher and current the Chairperson of the Science Department.

According to Mr. Wevers, it isn’t just bells and whistles in the new labs. Between safety features, equipment, and layout and design considerations, the Rowen STEM Center is a sight to behold.

The Science Chair said, “We want to give our students new experiences. The old set-up just didn’t cut it. The entire room can be controlled from one grid. Say, if one of the stations is leaking gas, we can shut it off from our control terminal. This is state of the art.”

As Mr. Wevers scanned the professional, collegiate level labs I asked, “Is there anything you miss about the old laboratory?”

In many respects, there wasn’t much to miss about the rooms— the carpets had aged, some of the sinks didn’t work, and spaces were often crowded with students trying to find a place without interfering in each other’s work.

The old labs were an attempt to condense 21st century innovation into 20th century standards, and for that reason, it simply did not work.

Bro. Nigel has been at Kellenberg for 27 years as a teacher for Physics and Earth Science as well as the moderator of an extraordinarily successful Science Olympiad program. The last almost-three-decades of his life have been spent working with generations of young scientists in the “old laboratories.”

Of the Rowen Stem Center, Bro. Nigel said, “Each lab is unique and designed to best accommodate the main subject area. Like, having fume hoods in the chemistry lab. Or movable tables in physics so long distances can be used in mechanics experiments. Also, there are new state of the art cameras— instructors can use them for demonstrations, say, to zoom in on a petri dish. To show what’s happening.”

As I stood up to leave, Bro. Nigel looked down at his desk and added, “But, I’ll miss the old lab, the Science Olympiad lab. I spent many hours there over my 25 plus years developing and training each new generation of Science Olympians. It was in many ways, a home.”

“Or more accurately, a new beginning,” he ended.